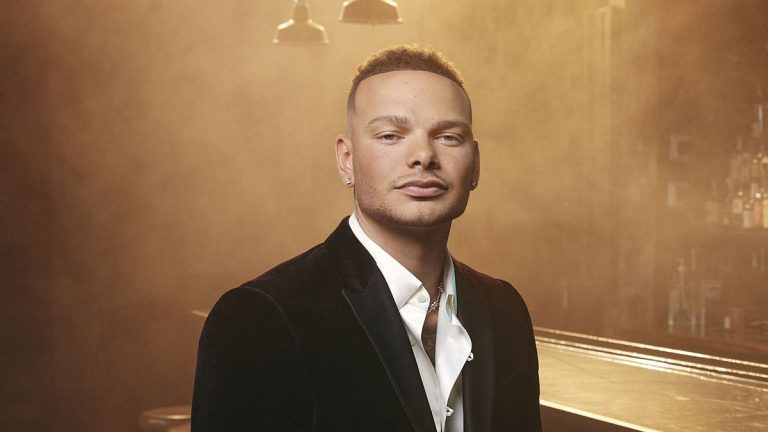 In a July Pollstar interview, Kane Brown summarized the inclusive allure of the unique universal appeal that has led him to be honored as one of CMT’s 2021 Artists of the Year. “I’ve got people who like all kinds of music and say, ’I don’t like country music, but I like you.’ There are country radio fans, who hear the songs that are hits, and the Kane Brown fans who know songs radio doesn’t touch. And it’s all good,” he says. But, he also offers, “I’m a guy who wants to make people realize you shouldn’t judge a book by its cover. I’m just somebody who’s [saying], if you like country music, if you want to be in country music, then you can be. Just look at me, and come on.”

Kane Brown rode into the past twelve months upon the crest of a wave of acclaim. Five number-one singles in five years, high streaming numbers, viral social media appeal, and consistently top-tier sales receipts on the road yielded even more remarkable achievement for the Chattanooga, TN-born artist in 2021. He ultimately landed in a position in his career where he’s able to have an incredible amount of control his vision of what his music, his brand, and he, himself, looks like in the country music industry. In so many ways, there has never been a country music superstar like Kane Brown. However, the things about Brown that lie beneath the surface provide the most significant space for conversation about the dynamic style of unity that his songs and moves represent.

At the 2021 CMT Music Awards, Brown was the co-host of the event alongside Kelsea Ballerini. He also won two awards: Male Video of the Year for “Worship You” and Collaborative Video for his pairing with Chris Young for “Famous Friends.” The latter song, “Famous Friends,” is his highest chart achievement since 2017’s “Heaven.” However, that isn’t to say that Brown’s been laying dormant in that time. In fact, the idea that multiple Brown hits — even those not released within the calendar year — surged forward and showed impressive long-tail appeal also adds to Brown’s artistic growth. Creating songs that generate popularity long after their release is a trait familiar to country music for generations. The story of his 2020 hit “Worldwide Beautiful,” showcases this notion.

“I think it’s the biggest music video that we’ve done,” said Kane Brown to Variety about the clip for his summer 2020-released “Worldwide Beautiful.” The song was a top-40 country, and Billboard Hot 100 crossover hit. However, its video, a call for racial justice and social unity that notably features the singer’s baby daughter, Kingsley Rose Brown, was nominated for a 2021 MTV Video Music Award, plus won the 2021 Video of the Year award at the Academy of Country Music Awards. Moreover, proceeds from sales and streams of the song have been donated to the vocalist’s favorite charity, the Boys and Girls Club of America.

An emerging facet of Brown’s charm and appeal as an artist lies in how effortlessly he’s able to seamlessly take his stylish country crooning into other genres of music. In twelve months, he’s achieved Top 10 Billboard Pop chart success with rappers Swae Lee and Khalid for “Be Like That,” released “Memory” with EDM production powerhouse Blackbear, just debuted “Blessed & Free,” a single with Grammy and Oscar-winning R & B star HER, plus also appeared on rap icon Nelly’s Heartland EP track “Grits and Glamour,” and the “Ride Wit Me” artist’s recent CMT’s Crossroads episode alongside Florida Georgia Line, Blanco Brown, and BRELAND.

As for Brown’s future, it continues to look brighter than ever. He’s continuously teased a forthcoming third studio album. Also, he’s kicked off his Blessed and Free Tour, an unprecedented, 35-date, cross-country jaunt that will see him play at all 29 National Basketball Association arenas. In February 2021, he started his own Sony Music imprint, 1021 Entertainment, plus Verse 2 — his own publishing company, as a joint venture with Sony Music Publishing Nashville. Upon the announcement of the label’s formation, he offered, “I want to give people chances to succeed. I feel like we have a platform and team that can mentor and build up talent in country music. With my own label, I want to use it as an opportunity to shape and promote artists that may not have gotten a chance otherwise.”

Intriguingly, summer 2021 anthem “One Mississippi” — which chronicles the countdown is on to a freewheeling, summertime love affair — involves a co-writer, Alabama native Levon Gray, who Brown notes is a newcomer to songwriting with Brown, highlighting his new label and publishing goals. The country star says, “[’One Mississippi’] is the first single that we worked on together. He tagged me in an Instagram story…[I] brought him up, and we wrote a song. He brought the title and the meaning behind it, and this is his first cut with me.”

More notably, when thinking about Brown in the future, it’s a quote from Billboard’s 2021 Country Power Players issue that best defines where he’s headed and how he’s getting there, fearlessly. “Part of owning your power is not being afraid to take chances or try things our own way. Or even if you are afraid, doing it anyway.”