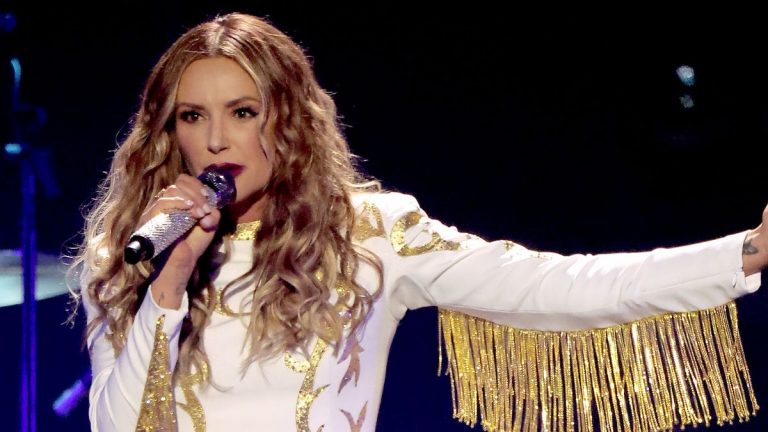 Without any hesitation, Pearce exploded onto the stage sporting a rhinestone-fringe ensemble and wowed with her impressive Kentucky twang.

A mixture of diamond and snake graphics filled Nashville’s Municipal Auditorium as she delivered a reviving rendition of the smash hit from her critically acclaimed 2021 record, “29: Written In Stone.”

The fierce performance from Pearce was one that fans have never witnessed before. The multi-platinum vocalist has been sharing her chart-topping single “Never Wanted To Be That Girl” with Ashley McBryde, but this time around, Pearce brought a whole new persona to the CMT Awards and decided to kick it up a notch.

With a steady drumbeat holding down the melody and electrifying guitar licks backing her robust vocals, she throws shade at her ex-husband. Throughout the empowering anthem, she rattles off precious belongings they once shared but clarifies that she’s keeping the diamond ring.

Pearce rolled into music city’s biggest party with two nominations. The moving duet, “Never Wanted To Be That Girl” with McBryde received a nomination in the Collaborative Video of the Year category, and tribute track “Dear Miss Loretta” from CMT:60 Songs scored her a spot in CMT-Digital-First Performance of the Year.

Fans who missed the CMT Music Awards could catch the Extended Cut on April 15 on CMT. The must-watch version will consist of 30 additional minutes and will have extra never-before-seen content.