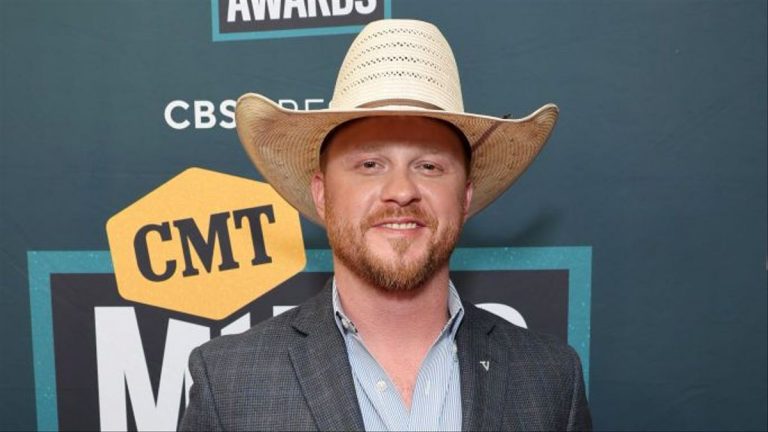 The 2022 CMT Music Awards made a triumphant debut on CBS Monday night, complete with surprise winners, unifying performances, superstar collaborations, and even a co-host with COVID.
Kelsea Ballerini was supposed to co-host the event from Nashville’s Municipal Auditorium with actor Anthony Mackie. When she tested positive for COVID-19, Kane Brown dusted off his hosting skills and joined Mackie in the auditorium. Ballerini hosted her parts from home and managed to beautifully deliver a performance of her new single “HEARTFIRST” from her yard.

“Winning is more exciting to me now than ever,” Aldean said after the show. “It’s one thing to win awards when you’re a shiny new penny, but it’s another thing when you’ve been in the game for a long time, and you’re competing with all the shiny new pennies. After 17 years, I’ve never won this particular award. It means a lot to me, always. We all want to win. It’s not why we do it, but it’s nice to be recognized.”

“My fans have been voting for me since day one of my career, and that’s why I’m here in the first place,” Underwood said. “The fact they’re still voting is very special, and I don’t take that lightly. I’m so grateful they’ve carried me through, and we’re still here, and I’m still making music that I love.”

“I was very taken aback,” Johnson said. “How do you get in the Top Three with Carrie Underwood and Jason Aldean? That’s a huge deal. I was very happy. What a great set of company to be in. This means the brand of country music I’ve been working on for 15 years is starting to work.”

Brandi Carlile – “Right On Time”
Cody Johnson – “‘Til You Can’t”
Cole Swindell & Lainey Wilson – “Never Say Never”
Jason Aldean & Carrie Underwood – “If I Didn’t Love You”
Kacey Musgraves – “justified”
Kane Brown – “One Mississippi”
Kelsea Ballerini feat. Kenny Chesney – “half of my hometown”
Luke Combs – “Forever After All”
Maren Morris – “Circles Around This Town”
Mickey Guyton – “Remember Her Name”
Miranda Lambert – “If I Was A Cowboy”
Taylor Swift feat. Chris Stapleton – “I Bet You Think About Me (Taylor’s Version) (From The Vault)”

FEMALE VIDEO OF THE YEAR
Best video by a female artist; awarded to the artist

Brandi Carlile – “Right On Time”
Gabby Barrett – “Footprints On The Moon”
Kacey Musgraves – “justified”
Maren Morris – “Circles Around This Town”
Mickey Guyton – “Remember Her Name”
Miranda Lambert – “If I Was A Cowboy”
Tenille Arts – “Back Then, Right Now”

MALE VIDEO OF THE YEAR
Best video by a male artist; awarded to the artist

GROUP/DUO VIDEO OF THE YEAR
Best video by a duo or group; awarded to the artists

BREAKTHROUGH VIDEO OF THE YEAR, Presented by SONIC®
Best video from an artist’s major breakthrough album; awarded to the artist (male, female or group/duo)

BRELAND – “Cross Country”
Caitlyn Smith feat. Old Dominion – “I Can’t”
Elvie Shane – “My Boy”
Parker McCollum – “To Be Loved By You”
Priscilla Block – “Just About Over You”
Tenille Arts – “Back Then, Right Now”

COLLABORATIVE VIDEO OF THE YEAR
Best video from a collaboration; awarded to the artists

CMT PERFORMANCE OF THE YEAR
Musical performance on a television show, series or variety special on CMT; awarded to the artist (individual, group or duo)

CMT DIGITAL-FIRST PERFORMANCE OF THE YEAR
Musical performance from a production, series or livestream created for CMT Digital / Social Channels; awarded to the artist (individual, group or duo)