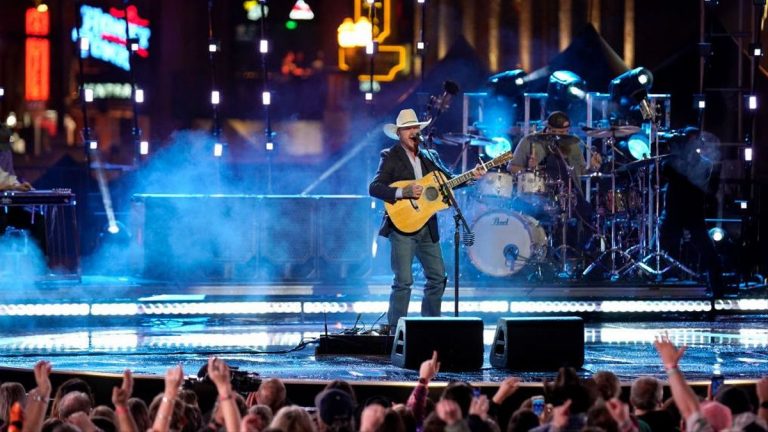 Cody Johnson went into the 2022 CMT Music Awards already a winner, picking up the Digital-First Video of the Year on the red carpet before the show. But Johnson felt like he’d already won because he knew he would get to perform his recent No. 1 hit “Til You Can’t” on the show.

“My goal with this is to take what I do with my authentic brand of country music that I’ve spent my life developing and take it to people that may not have had the opportunity to hear it,” Johnson said. “The CMT Awards is an opportunity to be on national television and say, ’Hey, this cowboy hat is not fake. This belt buckle is not fake. This voice and this presentation, it’s not fake. I think hard work and perseverance are something we lack in society. That’s something that “’Til You Can’t” personifies.”

Johnson brought “Til You Can’t” to life on Lower Broadway during Monday night’s awards show. Fans braved the rain to hear the cowboy deliver his anthem about living life to the fullest. “Til You Can’t” is from Johnson’s double album “Human.” As he sang about making every moment count, country music fans did exactly that. The red and purple stage lights reflected off their faces as Johnson’s Texas drawl passionately carried him through the song as they sang along. Jack’s Bar-B-Q and The Second Fiddle glowed neon behind him, just like a Texas dance hall with which he is undoubtedly familiar.

“This is 15 years of hard work,” Johnson said. “To even get the opportunity to play it, it’s great. That means what we’re doing is working in country music. My brand of country music is somehow being accepted into that pendulum swing.”