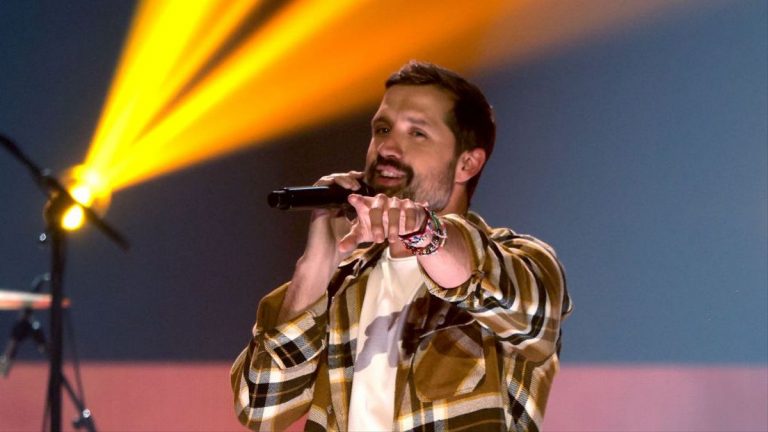 Walker Hayes is longing for the day when his stage production in concert is at the level of his performance at the 2022 CMT Music Awards. Hayes performed “AA” on Monday night’s show with a line-up of professional dancers, and the energy they brought to the stage was his favorite part of the performance.

“This is what I want my show to look like at some point,” he said. “Now I gotta do my own dancing, or I bring the kids.”

The dancers joined Hayes during the “daughters off the pole” line, and he said it “made me feel as good as a dad can feel.”

Hayes’ “Fancy Like” is nominated for Male Video of the Year. Still, the chance to perform “AA” was meaningful because it was his first opportunity to sing something other than “Fancy Like” at an awards show.

“It’s a huge moment for me,” Hayes said. “It’s a huge moment for my team because we are so grateful for ’Fancy Like.’ If that’s where it ended for me, my wife and I can say we, by the grace of God, we did the impossible. When ’AA’ fell out, we were like, ’Man, I think this is gonna continue.’ I think the fact that I’m able to do a new song now on a show while ’Fancy Like’ is being honored that’s a move in the direction we want to go. I’m just so grateful to CMT for doing that.”

Walker said “AA” is “flying up the charts” at a pace he never imagined.

“What I love about ’AA’ is, as fun as it sounds, if you listen to those lyrics, they’re a little bit dark,” Hayes said. “They hit, you know, they’re honest. I love a song that’s enveloped in this like fun, party city package. But when you really sit by yourself thinking of your lyrics, like, ’Hey, that’s actually me, you know?’”

“Fancy Like” and “AA” is from Hayes album “Country Stuff” that is available now.