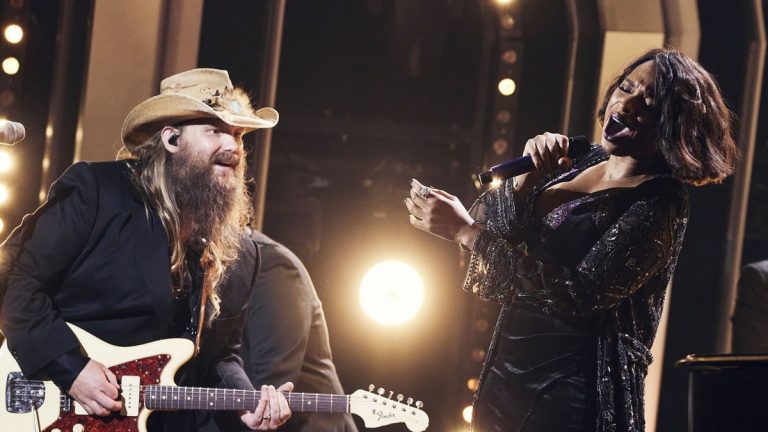 Academy Award-winning vocalist Jennifer Hudson’s awareness of the musical catalog of Aretha Franklin once again proved incredible at the 55th CMA Awards. The performer’s 2021 was highlighted by a stunning turn as the Queen of Soul in the well-received biopic “Respect.” At the ceremony, her take on parts of Franklin’s appreciation of country music was a standout.

“Night Life” and “You Are My Sunshine” — one a country classic by Willie Nelson and the other a folk favorite from Woody Guthrie — were performed by Hudson alongside multiple- 2021 CMA Award-winner Chris Stapleton. The combination of vibrating contralto and barrelling tenor wowed the audience at Music City’s Bridgestone Arena. “Night Life” is a six-decade-old Nelson original, while Guthrie’s legendary song was recorded by Stapleton and wife Morgane for Dave Cobb’s Southern Family project.

“I don’t think I would have been able to dig that deep or connect in a way had I not been through things myself,” said Hudson to People in regards to her portrayal of Franklin. Even deeper, to the UK’s Independent, she adds, “I literally spoke to her right before she passed. I was like, ‘I’m one of the last people you call? Wow.’ I [had to] honour that in the most honest way, from my own truth to tell hers. Because to tell that, it should come from a vulnerable, honest place and it couldn’t help but to resonate with me in that moment.” As it relates even deeper to country music as three chords and the truth, Hudson’s CMA appearance certainly takes on another level of impact.