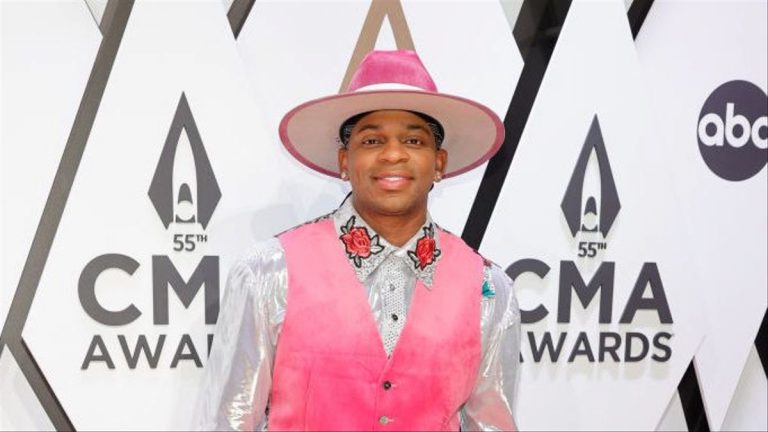 Jimmie Allen might not be dancing with the stars anymore, but he just won an even more coveted trophy – New Artist of the Year. Allen wowed the audience at the 55th CMA Awards when his name was called and received the night’s loudest applause so far as he made his way to the stage.

Allen, whose wife recently gave birth to their second child, wiped tears as his voice broke with emotion and he thanked his deceased father for introducing him to country music.

“Five years ago, I spent my last $100 and came to the CMA Awards for the 50th to watch Charley Pride perform on stage,” Allen recalled, still tearful. “And, I got to perform with him last year.”

Dressed head-to-toe in pink, Allen told his wife he loved her and thanked his manager Ash Bowers who discovered him playing at Puckett’s Grocery in Franklin, Tenn.

“Every artist in this category is amazing,” he said, namechecking his competitors Gabby Barrett, Mickey Guyton, Ingrid Andress and HARDY. “This is for my hometown in Delaware.”