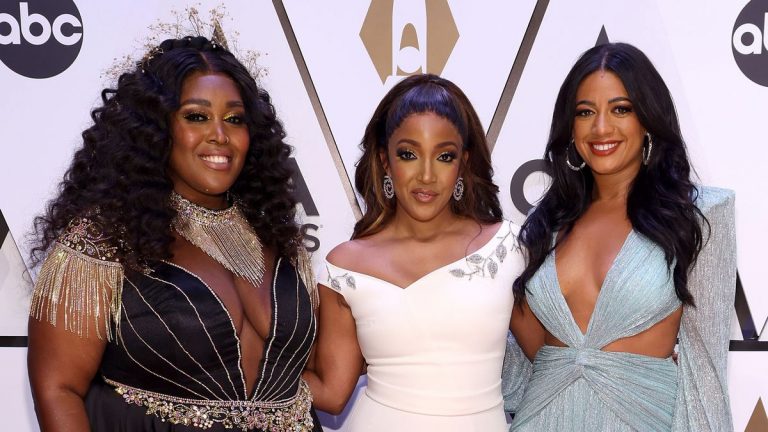 Mickey Guyton’s album track “Love My Hair” became a moment on the Country Music Awards (CMA) stage when the Grammy-nominated vocalist was joined in live performance by fellow rising African-American — and Nashville-based — singer-songwriters Brittney Spencer and Madeline Edwards. The song from the Remember Her Name album benefitted from all three vocalists wearing proudly blown-out natural hair-styled headdresses, creating a groundbreaking moment on the awards program.

The song itself has harrowing, intriguing origins. In 2018, Louisiana-based elementary school student Faith Fennidy was publicly humiliated by her teacher for wearing box braid hair extensions — an unknown (and antiquated) violation of the school’s dress code. Inspired by Faith’s personal story and the work that she’s been doing with Dove to advocate for the CROWN Act (Legislation to ban race-based hair discrimination in the workplace and in schools), Guyton’s song and performance create a moment of positive advocacy for Black and otherwise marginalized children to feel beautiful and confident.

Regarding the performance itself — as well as her work with Guyton — Fennidy noted, “[I’ve learned that I’m] not scared to be who I am. I love my hair. I hope people listened to what they sang about. I hope they understand and appreciate where we’re coming from, because this is a really big movement. So many girls growing up might not like a certain thing about their hair and are scared to wear their hair in certain ways. Because of this song, I — and other girls — will hopefully not scared to love their hair and wear it however we choose.”