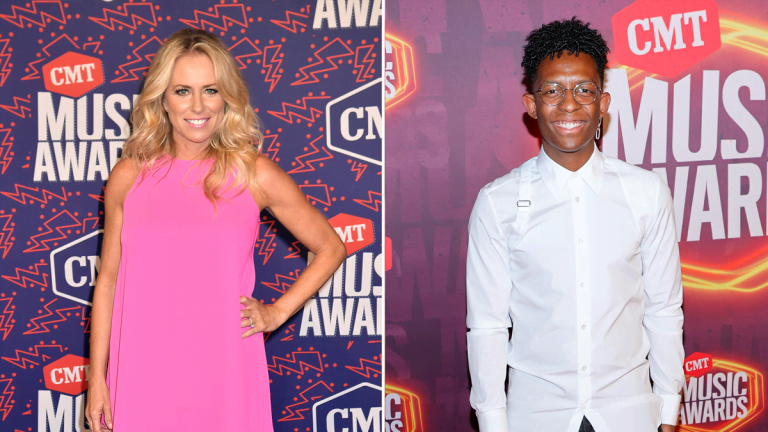 Spotify has recently launched a campaign to celebrate — among many highlights related to a surge in popularity in 90s country hits, the platform hosting 89 million playlists from Gen-Z users containing iconic 90s country tracks. Alongside songs like Shania Twain’s “Come On Over,” songs like George Strait’s “Carrying Your Love With Me,” The Chicks’ “Wide Open Spaces,” and Deana Carter’s “Strawberry Wine” have experienced a surge in popularity. In the case of those three latter songs, they are featured via cover versions by a trio of rising, Gen-Z country performers: Parker McCollum, 2021 CMT Next Women of Country artist Tenille Arts, and BRELAND, respectively.

Regarding his take on George Strait, “Gold Chain Cowboy” vocalist McCollum noted, “George Strait has been my favorite country singer my whole life. I wasn’t going to pass on the chance from Spotify to cover one of his songs. This song is such a classic staple in country music, so I was really hoping we could get it right and do the song justice. I think we did. I sure hope he and (producer) Tony Brown would think so too if they heard it.”

Since 2019, average monthly plays of the 90s Country playlist by Gen-Z users have increased by 89% globally. In the US alone, streams of the 90s Country playlist have grown 150% since 2018 and 70% among Gen-Z since 2018. Related, “One of my favorite things about country music is how beautifully the stories are told,” noted BRELAND in a press release about his cover of Deana Carter’s 25-year old 90s country mega-hit “Strawberry Wine.” I can still remember my first love, and even though ’Strawberry Wine’ is from a young woman’s perspective, the heart of the story is so universal. I wanted to be able to help give new life to such a timeless song.”