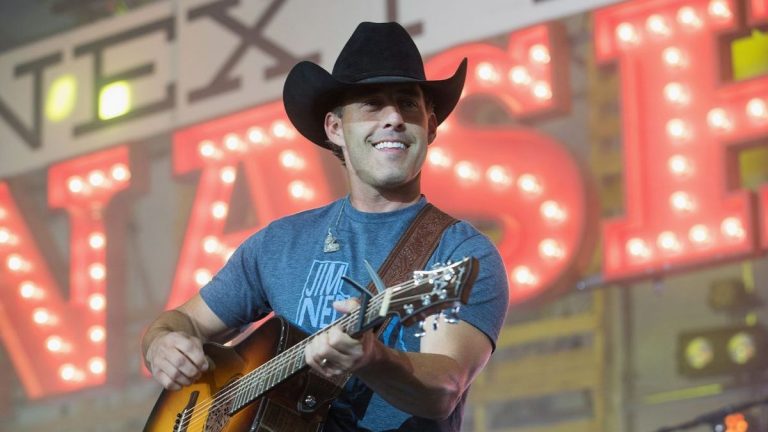 Country singer Aaron Watson is on vocal rest following a few painful performances before his throat seized while on stage in Colorado.
Watson shared the news on his social media platforms and explained how the scene unfolded.

The Texas country singer said that he was struggling to sing at his show at Billy Bobs a few weeks ago, but he made himself a cocktail of honey, lemon, and a “little something something” to coat his throat and just plowed through it.

The following week, he said he was in excruciating pain and went to the doctor, who told him to take the weekend off to avoid damaging his vocal cords.

His throat felt better, and he hit the road the following Tuesday. However, he said everything fell apart on Friday at the Grizzly Rose in Denver, Colorado. It was a sold-out show, and right in the middle of it, Watson’s voice seized up.

“Trying to sing felt like swallowing glass,” he said in barely a whisper. “I couldn’t sing loud or hit anything, any high notes. I could kind of get through verses, and the boys in the band sang the choruses. The crowd was very understanding, and they were singing along with me. It was painful.”

Watson was forced to cancel his hometown show and see a specialist in Dallas, Texas, who told him that while he didn’t need surgery, he needed to take time off.

“It’s the first time in my career that I’ve ever canceled shows due to my voice,” Watson said. “Usually I just, I plow through it.”

According to his tour itinerary, Watson plans to return to the road May 27 for the first of two nights he’s set to play at Gruene Hall in New Braunfels, Texas. He plans to reschedule all of the shows he canceled.

Then he quipped there was one more thing the doctor forbid him from doing, which was “really going to be a struggle.”

“He told me that I can’t yell at my kids,” Watson chuckled. “Love you guys. Thank you so much. I hope to be out there on the road sooner than later.”