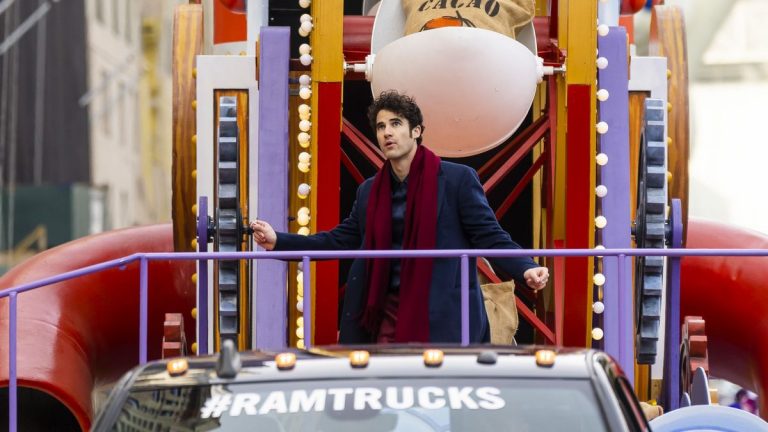 Darren Criss, a San Francisco native most known for starring in the TV series “Glee” and killer Andrew Cunanan in “The Assassination of Gianni Versace: American Crime Story,” came to Nashville earlier this year and recorded his “A Very Darren Crissmas” album with producer Ron Fair.

The album’s lead single “Drunk on Christmas” is a duet with Lainey Wilson and is out now.

“I had this fantasy of an alternate universe from the ’70s where a zenith Dolly did a rascally crossover drinking song duet with later Las Vegas Dean Martin,” Criss said. “Had they done that, it would have been a total coop. You would have had these figures beloved by everyone doing this song together, and that’s what I was trying to manifest with this tune.”

The result is an uber country production highlighted by fiddle and steel guitar and kitschy video shot at Santa’s Pub that includes plenty of booze, Santa beards and elf costumes.

“Being in Nashville, which is such a songwriter’s town, the challenge of trying to make something that was worthy of that was really really fun,” Criss said. “The fact people are interested in it is really, really great. I think most people would agree that I’m not a bonafide country person, but I love country music. I’m just not from the south, and I didn’t come up in country music. I’ve just always admired and appreciated the country music heritage.”

Criss said his Christmas album is one of his most personal bodies of work with “a significant amount of my own personal pathos.”

“Christmas albums are a great canvas to paint with all the (crap) that we enjoy painting with,” Criss said.