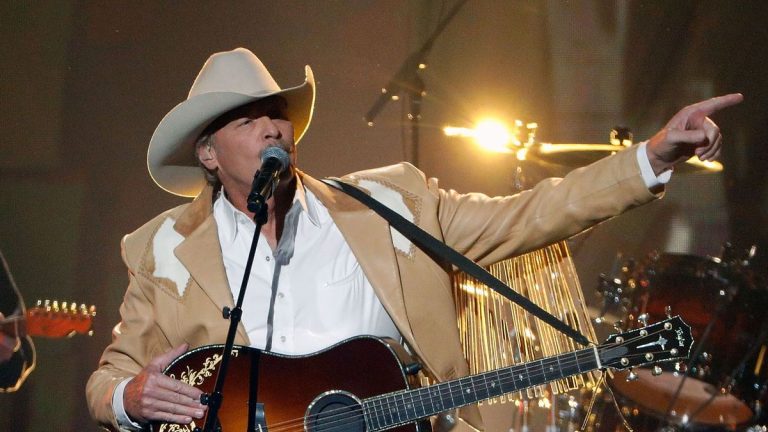 Country Music Hall of Famer Alan Jackson just announced that he is taking a victory lap with Last Call: One More for the Round Tour. The “Where Have You Gone” singer is set to kick-off his run Friday, June 24, in Biloxi, Mississippi, and will conclude the 16-city trek in Pittsburg on October 8.

After 30 years in the industry, Jackson has produced an extensive catalog bursting with chart-topping hits. While out on the road, the hitmaker will be hitting popular arenas across America and will be performing his fan-favorite classics.

The Last Call: One More for the Round Tour serves as Jackson’s first outing since publicizing his rare diagnosis with Charcot- Marie-Tooth disorder. The degenerative nerve condition is not deadly, but it could affect mobility. The icon spoke out about his surprising condition with Today host Jenna Bush back in September.

“I have this neuropathy and neurological disease,” shared the Icon. “It’s genetic that I inherited from my daddy…There’s no cure for it, but it’s been affecting me for years. And it’s getting more and more obvious. And I know I’m stumbling around on stage. And now I’m having a little trouble balancing, even in front of the microphone, and so I just feel very uncomfortable.”

However, he has clarified that his underlining health condition will not stop him from pursuing his craft and connecting with fans.

“I’ve always admired my heroes like George Jones, Merle Haggard, Loretta Lynn, and Charley Pride, who just played as much as they wanted to, as long as they could,” shared Jackson in a previous statement. “I’ve always thought I’d like to do that, and I’d like to as long as my health will allow. I’ll try to do as much as I can, but if I’m comin’ your way, come see me….,” he added.

Tickets to see the three-time CMA Entertainer of the Year are currently available for presale only at alanjackson.com/tour. Tickets will go on sale on March 18. Through the Citi Entertainment program, Citi card members will have access to presale tickets beginning Tuesday, March 15.

Jackson will be joining forces with CID Entertainment/ OnLocation to offer VIP experiences at his 2022 shows. $1 from every ticket sold will be donated to the CMT Research Foundation.

LAST CALL: ONE MORE FOR THE ROAD TOUR

** On Sale Date to Be Announced
++ Rescheduled concert from 2020; tickets for previous events will be honored; new tickets available!