Alan Jackson Releases New Video For “Where Have You Gone” 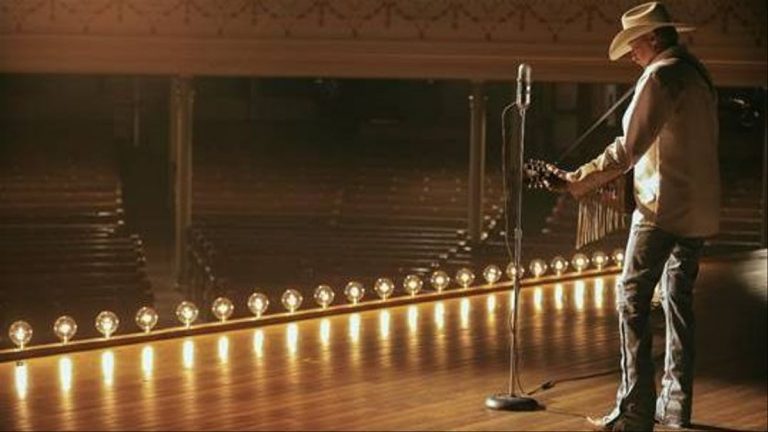 Jackson is seen alone on the stage at country’s “Mother Church,” surrounded by instruments – a fiddle, steel guitar, banjo, upright bass, acoustic guitar, simple drums. “This is Alan’s idea…capturing all of this incredible history that’s happened here,” Zavadil shares. “The goal was to make the Ryman as much of a character in this as Alan is the artist onstage,” he adds. “This is a magical place.”

Related, Jackson adds, “The song kind of starts out like it’s a lost love. I love what I call ‘real country music,’ and I just see it fading away more than I ever have,” he explains. “I just wanted to say that.” Moreover, to The Tennessean, Jackson noted earlier this year regarding his inspirations, “Man, I love real country music and those instruments and the melodies and what the songs are about. That’s what it’s always been for me, and I still love that.”

“Where Have You Gone” is the title track from Jackson’s 2021 album of the same name. So far, the album has topped Billboard’s country album chart, while also becoming his 15th Top 10 on the all-genre Billboard Top 200. It also topped the country charts in the UK, Canada and Australia.

As well, Jackson is set to wrap his 2021 tour schedule with a “hometown concert” Friday, October 8 at Nashville’s Bridgestone Arena.