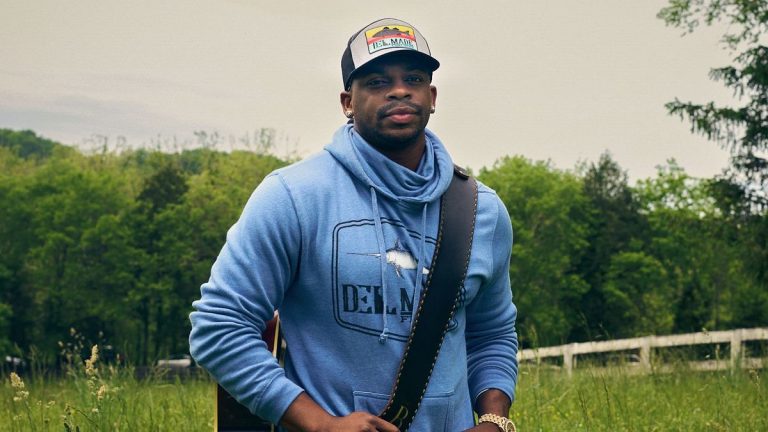 Within the last decade, the country music genre has become more inclusive due to the powerful voices that have pushed for equality and positive social change. In Amazon Music’s feature-length documentary “For Love & Country,” a new generation of Black voices share their start story and how they fearlessly used their artistry to alter the genre.

The thought-provoking film, directed by Joshua Kissi, also serves as a reminder of the genre’s origin story and how Black musicians had a prominent role in developing the foundation of country music.

“What I’ve come to realize is country music as a genre is just as complex as this country itself,” shared Kissi in a statement. “Now is the moment to stand up for the voices that had always mattered throughout time, especially the musicians who didn’t get the credit when it was due.”

Brittany Spencer has become a mainstay within the country music space for her soul-touching sound and her informative storytelling. Spencer is the vocalist behind “Compassion,” a mid-tempo melody that touches upon the racial injustice in America. The breakout star arrived in the honky tonk town nine years ago, and has been striving for inclusivity ever since.

“This film is our collective story, in our own words,” said Spencer. “We’re all carving our own unique paths. We’ve all got our own dreams and challenges, and our own ways of navigating them. I hope when people see this film, they better understand the conversation of race in country music. I hope it humanizes the discussed issues and puts a crowd of Black, beautiful faces to a topic the public has heavily engaged & debated, particularly over the last two years. I’m happy to be a part and share my story.”

Within the extensive documentary, the budding songstress highlights the challenges of being a Black performer within the genre and how she would like to become the driving force to push the industry forward.

“It’s not always the easiest thing being a Black artist in a world that’s still trying to figure out how to navigate inclusion,” she pointed out. “I keep going because I really do love what I do, and I love the fans that I get to do it for. The people who actually gravitate to my music, they give me courage, they give me strength. I’m very motivated and encouraged by the people who feel like they found a home in my story.”

Mickey Guyton became the first-ever solo Black female to be nominated in a country category at the 2021 Grammy Awards, and has a similar underlining motive as Spencer. While the “Black Like Me” singer questions her place within the genre, she perseveres to be a role model to other aspiring musicians.

“I’ve always believed in the old saying, ’if you can see it, you can be it,’” declared the hitmaker. “However, it’s no secret there has been a lack of representation of Black artists in mainstream country music for years. That’s why I hope little Black girls growing up now can see us, artists like Brittney, Reyna, Amythyst, Allison, Valerie, Frankie, and me, and know they have a place here in country music. We all do.”

The eye-opening documentary touches upon chilling stories such as when singer-songwriter Station experienced discrimination first-hand in downtown Nashville in the 1980s, and Carter opened up about his fight against racism.

“In telling this story, it was imperative for us to amplify the personal narratives of these wonderfully diverse country artists, because in them lie the stories of Black contributions to the genre,” said Raymond Roker, global head of editorial for Amazon Music. “These are also very universal stories of acceptance, being welcomed into spaces we choose to occupy despite how open the door is to us, and how stories and history can become marginalized over time. The title of the film is also a reminder that these artists have all come from a place of love, adoration, and even reverence for country music’s past, its heroes, and contributors across the spectrum,” Roker concluded.

The must-watch production produced by DPM Projects and Pizza Night is available to stream on Amazon Music and Prime Video.