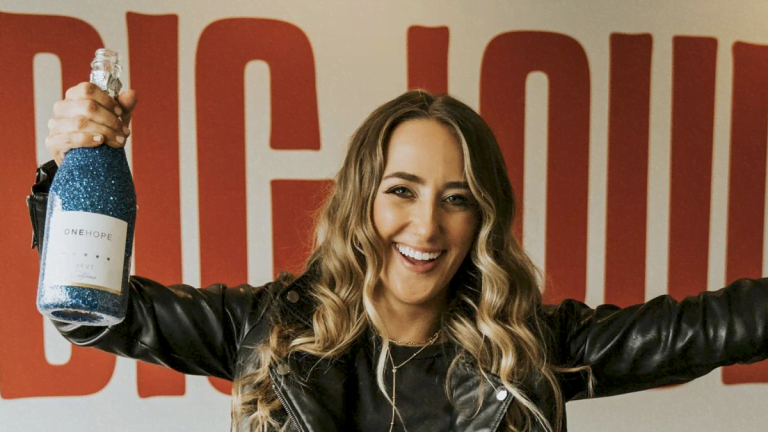 The multi-platinum artist is set to join Cooke on “Never Til Now,” a standout track off her debut collection, “Already Drank That Beer – Side A.” The mid-tempo melody penned by Cooke and Matt Roy dominated upon release by scoring over 13M streams. The emerging artist took to TikTok to give fans a sneak peek of the upcoming collaboration.

“So…huge news,” she wrote in the short clip. “I’m adding a massive country artist as a feature on this song. Wait for it…he’s about to enter into the frame,” she added before Young walked into the video lip-syncing the intimate melody.

“Out of all the prayers I’ve prayed | You’re Heaven’s answer | Out of all the hell I’ve been through| I never thought you’d be out there| But thank God you were right there, ‘Cause,” the megastar sang before Cooke jumped in to harmonize. “I never wanted to tap my brakes | I never wanted to settle down | I was always one foot out the door | I never thought about turning ‘round| Never saw myself with a white picket fence dug into the ground | Never ‘til now.”

The budding songstress confirmed that the duet will arrive on Friday, April 1. In a short amount of time, the social media video garnered 665k views and raked in 143.5K likes. The duo received praise from country music enthusiasts, as several ran to the comment section to show their excitement.

“This song is everything already, but now it’s a masterpiece!!” a devoted follower confessed. “OMG, THIS IS SO AWESOME!!! The collab we all needed,” rising country artist Karissa Ella added.

It did not come as a surprise that Cooke revealed the career milestone on TikTok, as she got her start on the powerful platform in 2020 during the global health crisis. Since exploding on the scene, the breakthrough artist amassed an impressive following of over 885K followers and nearly 12M likes.

On the heels of her new music announcement, Cooke shared that she signed a record and publishing deal with Big Loud Records and Back Blocks Music.

“From the second I walked into Big Loud, it felt like home. They met me where I was, recognizing all I had built independently while also showing me how they could pour gasoline on the fire already started. Getting to partner with not only BL but also my day 1 champion, Rakiyah Marshall/ Back Blocks, is an absolute dream team, and I couldn’t be more excited and confident to be joining the roster,” she wrote on Instagram alongside celebration snapshots.

She continued to thank her loyal listeners for their endless support since the beginning of her musical journey.

“To everyone: This changes nothing, and it changes everything. I am so humbled to be taking you all on this journey with me. This is because of you – the people that commented, liked, venmo’d, watched live streams, showed up to shitty bar shows, bought merch, etc. from the fresh out of college girl in her parent’s guest room. Thank you. And thank you, Big Loud and Back Blocks, for believing in that girl and in the future to come,” she added full of gratitude.

The up-and-coming vocalist has already made a mark within the country music industry, as she already teamed up with hitmaker Jimmie Allen on “Good Goodbye” and was featured on Roman Alexander’s love song “Between You & Me.” As an independent artist, Cooke managed to score a spot on Cole Swindell’s Down To The Bar Tour with Travis Denning. Tickets to see the social media sensation turned country music artist live are now available, here.