Beyond the Edge: Craig Morgan and Mike Singletary Share Their Takeaways From the Show 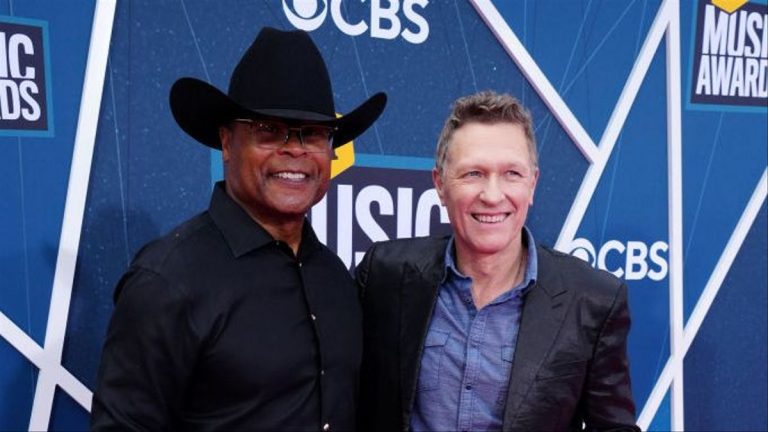 The celebrities on “Beyond The Edge” – including country singers Craig Morgan and Lauren Alaina – have been through filming for months, and Morgan and NFL legend Mike Singletary have different memories of the experience.

“It was exciting,” Morgan said on CMT Music Awards pink carpet. “The environment we were in. All of us were stripped of the things that inform people’s perceptions of who we are, what we should do, and how we should act. In that jungle, it’s all about your heart and your soul, and it created an environment that allowed us to be as pure and just stripped away of everything, and because of that there’s an honesty that comes.”

The conditions are treacherous, and Alaina, who was in the lead, was disqualified following a severe foot injury last week.

Singletary said everyone looked to Morgan for guidance on the show but that the feeling they left with was gratitude for the military.

“The No. 1 thing that I really came away with was thinking about our soldiers and what they go through,” Singletary explained. “I was there for 10 days, but I thought about our soldiers and the price they pay. I was dumbfounded. All I can think about is how can they do that day after day? We should appreciate them more.”

Morgan said that what the cast experienced on the show was a tiny microcosm of what troops face, but said he felt like he walked away from the nine cast members feeling like he had nine new members of his family.

“It will forever be that way,” he said. “I’m grateful for the opportunity.”