Beyond the Edge: Paulina Porizkova says “Without Craig Morgan, None Of Us Would Be Alive” 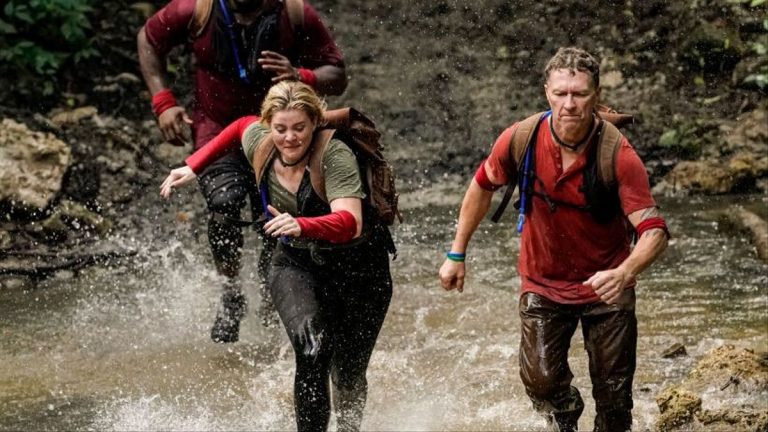 If the cast of CBS’ new extreme celebrity reality series “Beyond the Edge” had an MVP, members agree it would be country singer Craig Morgan.

Morgan, a former paratrooper who served in combat, was the only celebrity on the cast who had experience living in such extreme conditions. Members say they don’t know how they would have made it in the Panamanian jungle without him.

“There was no whining,” Morgan said. “I know you might not believe this … that’s the truth. It was the opposite. There were moments when everyone there, they could have whined. And no one would’ve said anything when Paulina was absolutely soaking, drenched, wet, and woke up shivering. She had a positive attitude. When people got hurt, every time something happened, they were upset that they may have let people down. It was unbelievable. I think it’s keeping perspective of why we were there.”

In addition to leaving the show with money for their charities, Morgan said he also made friends for life.

“I immediately just fell in love with every one of these people,” Morgan said. “I’ve used Paulina as an example a lot. I don’t know if it weren’t for this show if Paulina and I may have, and Ebony as well, we may have never met each other. In fact, if we had met each other at some event or some function in New York, there’s a good chance we wouldn’t have spent much time together because we all, I mean, it this is the truth. And I’m being transparent. We all have these preconceived ideas about who people are and the lifestyle they live. This supermodel and this famous lawyer TV person probably would’ve never come over and talked to this country, boy. But here we got to really know each other. For me, the biggest thing was the emotion of the experience. It wasn’t the physical aspects. I could have stayed there for another month. I would’ve had a house built.”