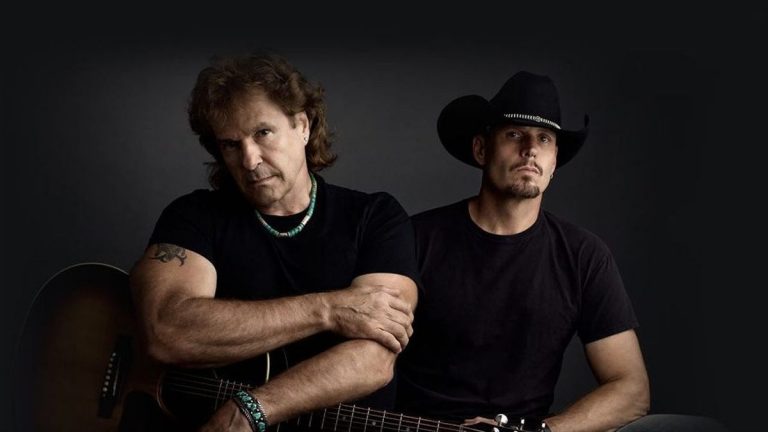 BlackHawk is known for hit songs including “Goodbye Says It All” and “Every Once In A While.”

The trio’s harmonies made them a favorite in the 1990s on country radio, and fans devoured their videos on CMT.

Then member Van Stephenson was diagnosed with melanoma and left the group in 2000. Before he died a year later, his fellow trio member Henry Paul promised to keep the group alive for him and committed to raising money to help find a cure for cancer.

Paul said the band has donated $400,000 to Vanderbilt’s Ingram Cancer Center and $100,000 to MusiCares. As for keeping BlackHawk alive, the band turns 30 next year.

Recently, BlackHawk made another $25,000 donation to Vanderbilt on behalf of the Van Stephenson Memorial Cancer Research Fund.

“It’s an ongoing commitment to Van to find a cure for cancer and keep the group alive,” Paul said. “I feel like I’ve done my part.”

BlackHawk has a traditional Christmas album “The Spirit of Christmas,” acoustically recorded with three-part harmony, that is out now. And next year they plan to release “Then and Now,” an album that includes old voice and guitar demos with Stephenson that Henry said “reflects the original band.”

“I think the fans will be excited to hear that,” he said. “People are always telling me to enjoy my children because they grow up quick. I think the same thing applies to a music personality. They grow up quick, and one day they’re gone. So we’re just trying to enjoy it while we’re living in the moment. We’re all on the clock, and we’re trying to make the most of it. I’m excited that BlackHawk was able to survive 30 years and still be a viable entity.”