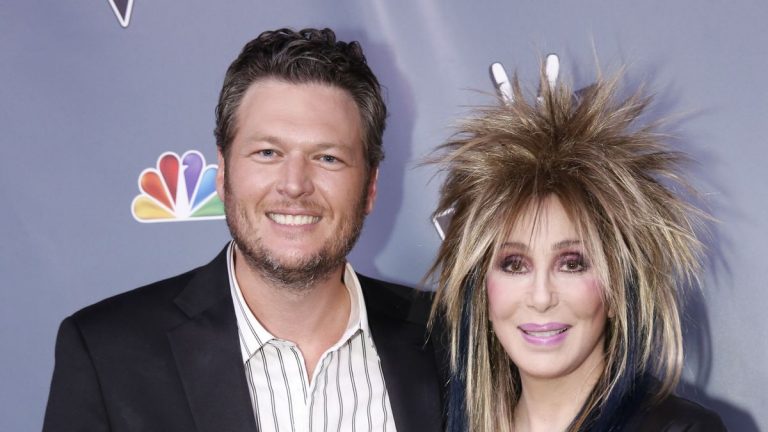 Blake Shelton may be everyone’s favorite coach on NBC’s “The Voice,” but he recalls a few years ago when that certainly wasn’t the case with Cher.

Cher was a mentor for Shelton’s team in 2013, and while she later called him “funny” and “easy,” the “Come Back as a County Boy” singer said things didn’t start that way.

In fact, she yelled the f-word at him in rehearsal. Shelton was already nervous about being around her, and he was horrified.

The last thing Shelton wanted to do was upset her, and he didn’t know what to say. He asked her what she meant.

About that time, Paul Mirkovich, who is the band director for ‘The Voice’ piped up: “I don’t think it’s microphone rights, I’ll tell you that.”

Shelton said that broke the ice, and he and Cher started laughing.

“We became pretty close over the next couple of days,” he said. “I told her that my dad had just passed away, and he was her biggest fan. She was by a mile his favorite artist of all time.”

Six months later, Shelton got the surprise of his life when Cher released her new album and dedicated it to his dad, Dick Shelton.

“At the end of her album liner notes, she wrote, ‘I want to dedicate this album to the memory of Dick Shelton,’” Shelton said. “I completely did not expect that. I hadn’t even spoken to her since that moment, and she dedicated her entire album to Dad. It was pretty amazing.”

“She has such a strong faith in God,” Shelton said. “I mean, if Gwen was sitting here right now, she would God (is first), and then everything else. That’s number one in her life and has been her whole life. She doesn’t beat you over the head with it. She would never do that. That’s her relationship. But I’ve learned a lot from Gwen about a lot of things, really just watching her and learning from her and learning how she thinks and how she treats people, and how she just operates in her life.”

Since he met Stefani, this faith has started showing up in his songs.

“I start seeing the God in everything because she does,” Shelton said. “And of course, that starts bleeding into my records and my music, and next thing you know, I’m dreaming songs, and recording songs and writing songs about faith and God … I do like having it on my records.”