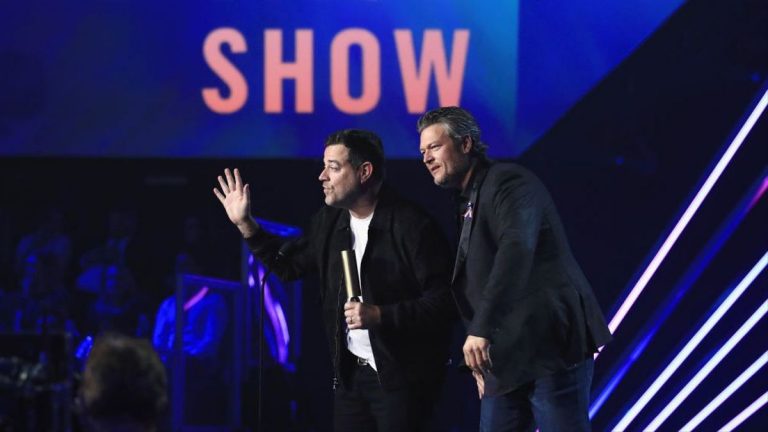 Blake Shelton and Carson Daly are raising the bar when it comes to celebrity game shows with the help of WWE Hall of Famer Nikki Bella.

Shelton and Daly will star in and executive produce “Barmageddon,” a game show that pits celebrity friends against each other in over-the-top bar games. The series was filmed at Shelton’s Nashville bar, Ole Red, and will air on USA Network.

Bella will host the show.

“Nashville is known for great music and hospitality, which makes it the perfect setting,” Shelton said in a statement. “I’m excited about ‘Barmageddon’ and can’t wait for friends, old and new, to join my buddy Carson and me for some drinks, music, and high-spirited fun at Ole Red.”

Daly will be in charge of the bar, and Shelton will take the stage in “Barmageddon” for live music sing-alongs with the raucous audience.
In each episode, two celebrities will compete in five games to win a much-needed prize for a viral Internet sensation each has chosen to support. The losing rival of each round has a chance to catch up by spinning the Wheel of Redemption, but it can be risky. Shelton and Daly will both heckle and encourage their famous friends along the way. They might even jump in and play a game.

“Blake, Lee and I wanted to create a show where the audience can feel like they’re hanging out with us at Ole Red in Nashville, having a drink and cheering on friends as they compete in the ultimate test of athleticism and endurance – bar games!” Daly said.

Shelton and Daly are old friends – they’ve worked together on NBC’s “The Voice” since 2011.