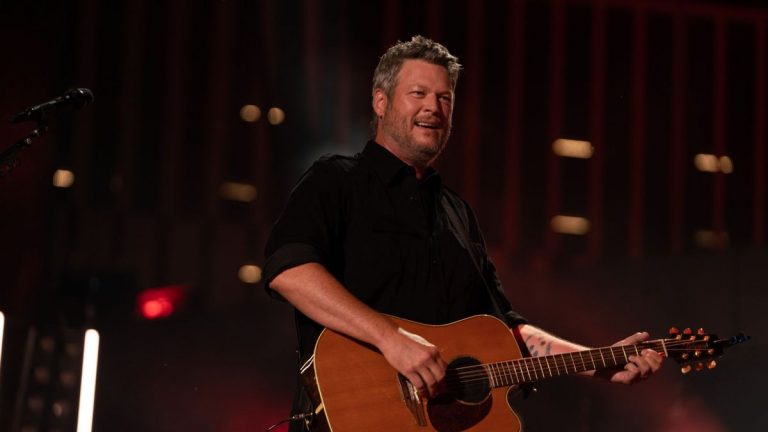 “I’ve said it before and I’ll say it again … best fans in the world!!!” Shelton posted on Instagram. “This award means so much to me because it came from y’all. Love y’all and thank you @peopleschoice!!!!”

In addition, Shelton’s “The Voice” was voted The Competition Show of 2021.

“The Voice” is in its 21st season and is gearing up its season finale next week. Shelton has two team members remaining – Nashville favorite Wendy Moten and Paris Winningham. “The Voice” airs 7 p.m. Mondays and Tuesdays on NBC.

In addition to “The Voice” and The People’s Choice Awards to keep him busy, Shelton released his new album – the 16-song “Body Language Deluxe” last week.

The collection is home to No. 1 hit “Happy Anywhere” and Top 10 “Minimum Wage” in addition to new single “Come Back As A Country Boy,” sentimental fan favorite “We Can Reach the Stars” and his Brooks & Dunn collaboration “Throw It On Back” that weren’t included on the album’s initial release.

“We wanted to release this deluxe album because some songs came in at a point in time where I wasn’t ready to make a new album,” Shelton said in a statement. “But, I wanted to get these songs out there, so that’s what we decided to do. You guys go check it out; we’re very proud of this thing.”

“Body Language” is a distilled swig of the song sense and musical dexterity that earned Shelton, the five-time CMA Male Vocalist of the Year, 20 platinum singles and 28 No. 1 songs. Over the last two decades, the Oklahoman made it his job to crank out boot-stomping bangers, heartbreak anthems and endearing odes to love gone right. He returned farming to a sacred place on country music’s mantel, shared his spotlight with the genre’s legacy artists and up-and-comers, and developed an unparalleled ear for original country songs of faith – all elements on display in the deluxe version of “Body Language.”

“My history has been constantly evolving from one album to the next,” Shelton said. “I always just try to push it just far enough to keep myself interested and my fans interested, but not so far that they don’t hear anything on the record that brings them right back home to what they expect from me.”