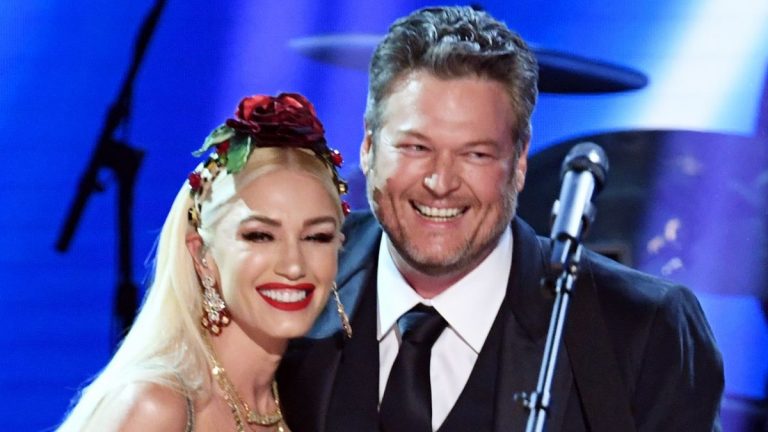 Before Blake Shelton and Gwen Stefani were married in July, they promised to write their own vows.

Shelton surprised his bride by writing a song instead.

Shelton’s wedding song for Stefani – “We Can Reach the Stars” – will be available at 11 p.m. CT tonight.

Stefani said the song is “the most amazing beautiful gift I’ve ever received.”

“We Can Reach the Stars,” which Shelton co-wrote with songwriting powerhouse Craig Wiseman, is from the deluxe version of Shelton’s album “Body Language” that is up for pre-order now.

Available Dec. 3, the deluxe version of “Body Language” is home to Shelton’s current single “Come Back as a Country Boy” as well as new songs “Fire Up The Night” (feat. HARDY) and “Throw It On Back” (feat. Brooks & Dunn). His recent hits “Happy Anywhere” and “Minimum Wage” are also on the album.

“Body Language” was initially released in May, and Shelton said he has difficulty remembering how it came together. He delayed making a new album for a long time because he wanted to see the direction the recorded section of the music business was headed.

“I was just really enjoying putting out a single at a time and just kind of letting them live on their own,” he said. “I wasn’t convinced that these songs need a home, that they couldn’t just live out there on their own.”

His record label group, Warner Music Nashville, cajoled him into “Body Language.” Shelton doesn’t consider himself a “good album maker” because he said he doesn’t think about an album’s message or the unity of its tracklist during the recording process.

“I just want to record the best songs I can,” he said. “I could care less if one song contradicts another song on an album. I don’t even care if they’re back-to-back. To me, they’re just little individuals, and I just want to collect as many of them as I can get. There’s not some big hidden message or something like that. I want to be like Conway Twitty was. I just want to have a long list of songs that people remember. Even if one doesn’t sound like the next, I don’t care. I just, I love great country songs.”

Shelton, who will perform on the 55th CMA Awards on Wednesday, has 36 Top 10 singles – 28 of which went to No. 1. He has accumulated more than 8.5 billion global on-demand streams and sold more than 13 million albums.