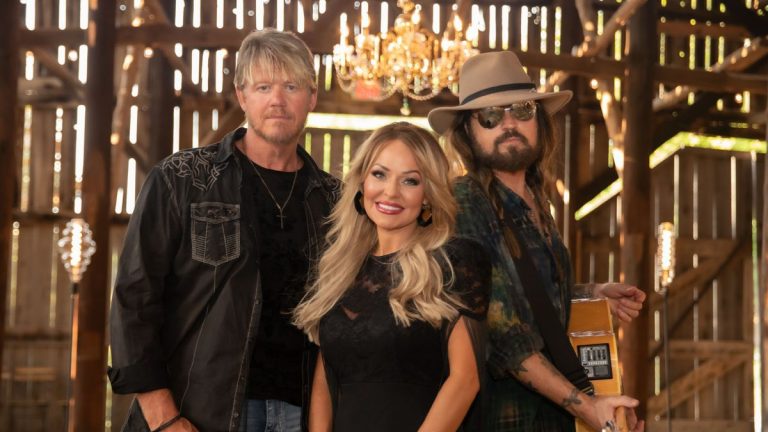 It’s a Cyrus family affair when Bobby and Teddi Cyrus are joined by Bobby’s “Achy Breaky” cousin Billy Ray for the married tandem’s latest, joyously spiritual folk-country single, “Roll That Rock.” The new song “embodies the joy, happiness, excitement, and peace of salvation,” says Bobby Cyrus. He continues that the song is best regarded as “a group of musicians and singers just celebrating Jesus!”

As is related to the shoot for “Roll That Rock,” Bobby Cyrus excitedly adds, “We felt a very special vibe about this project from the start. It seemed to connect everyone involved in a very spiritual way. It was like everyone was looking around during pre-production and knew this was going to matter and touch people! Then as the evening sun began to drift down and reveal itself through the ancient boards of that old barn where we were shooting, it was showtime.” Continuing, he offers, “It was magic! The music started, and we all were already in it! Like a movie that was already shot. We could have finished after the first take!”

Bobby’s hill-country performance style has evolved over the past fifteen years, after he and his cousin, Billy Ray, grew friendlier as collaborators after he’d known the superstar country vocalist for some time, already.

“Billy is 9 years older than me,” says Bobby Cyrus via his website. “As a kid I saw him at reunions and I always knew him but we never really connected. At the time I was catching tadpoles and he was breezing in and out and doing whatever he was doing. Later on when I started performing, we connected. In the early 90s, I was playing nightclubs, and anywhere I could play, and he was shooting to the top. I was proud and tickled to death for him.”