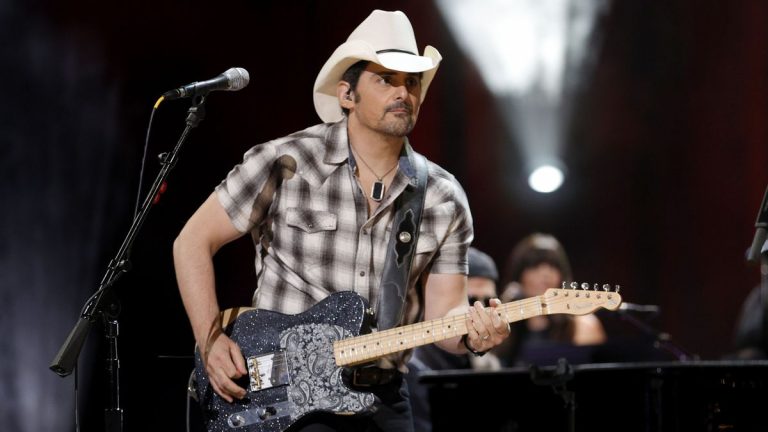 Brad Paisley will slide into the host seat on “The Ellen DeGeneres Show” to helm an episode later this month.

Paisley and DeGeneres are friends, but the Dec. 29 episode marks his first time hosting the Emmy-winning show.

Guests on Paisley’s episode include Cary Elwes (“A Castle for Christmas”) of “The Princess Bride” fame and Tori Kelly (“Sing 2” and children’s book, “The Curly Girl Blues”) are the featured guests. Paisley will also showcase 11-year-old singer and guitar player Champ Jaxon.

“I was so honored Ellen asked me to guest host during her final season,” Paisley said in a statement. “It shows so much belief…letting someone host a show that’s going off the air anyways.”

Paisley has made the most of 2021. He recently presented the Harmony Award to the musicians of the Nashville Symphony during their annual Symphony Ball. Paisley is a 2013 Harmony Award recipient, and the award is annually given to “individuals who embody the harmonious spirit of Nashville’s musical community.”

Earlier in the holiday season, Paisley performed on NBC’s “Christmas in Rockefeller Center” to launch the Christmas season with the annual lighting of the iconic New York City Christmas tree.

Paisley concluded his tour in October after visiting more than 30 major markets.