Brad Paisley to Jimmie Allen: “I’ll be the Sally Fields to your Burt Reynolds anytime” 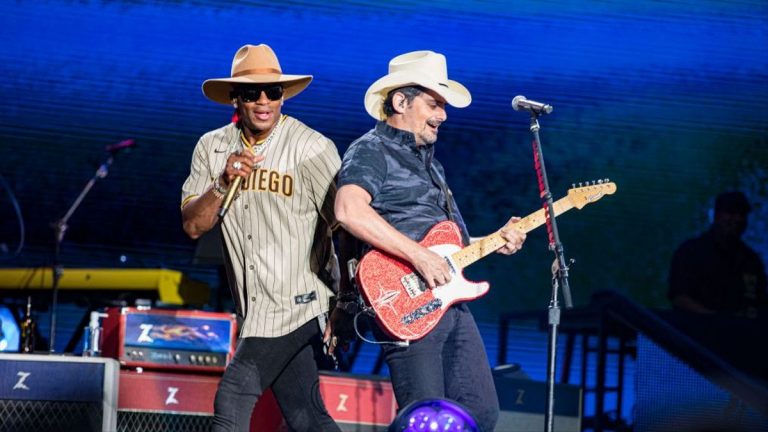 “This song is super special to me,” Allen told Billboard. “I wrote it about the streets I grew up driving on in Milton and Lewes, Delaware. It has been amazing to see the song connect with so many people.”

Allen added: “Working with Brad was great. I have been a fan of him since his career started and have always wanted to work with him. I’m honored to call him a collaborator and friend. Also, he crushed that guitar solo and then vocals!”

Paisley, known for his lighthearted attitude, shared a selfie on social media of the men with a bottle of his American Highway Reserve bourbon.

“Freedom is…96 proof!” Paisley captioned the photo. “Honored to ride shotgun with you Jimmie Allen. I’ll be the Sally Fields to your Burt Reynolds anytime.”

The men both have much to celebrate. In addition to their No. 1 song, Paisley is looking forward to playing a few shows in Las Vegas in March and is working on new music. Allen is nominated for Best New Artist at the Grammy Awards, Male Artist of the Year at the ACM Awards and Outstanding New Artist at the NAACP Image Awards.

“Yo @bradpaisley this song was a fun one,” Allen posted on social media. “I appreciate you doing this song with me and giving it that BP Swag. Thank you to country radio for supporting this song. Thanks to my co writers Ash Bowers and @mtthwrgrs for writing this song with me. My radio team at Stoney Creek (@bbrmusicgroup are some of the hardest workers out there that always fight for my songs, thank y’all for that. Shout out to my band and crew for bringing rbis song to life every show. To all the people that have requested this song, bought and streamed it thank you!!!! #3 #freedomwasahighway”