BRELAND Opens Up About First CMT Nomination: “I Don’t Take It For Granted At All” 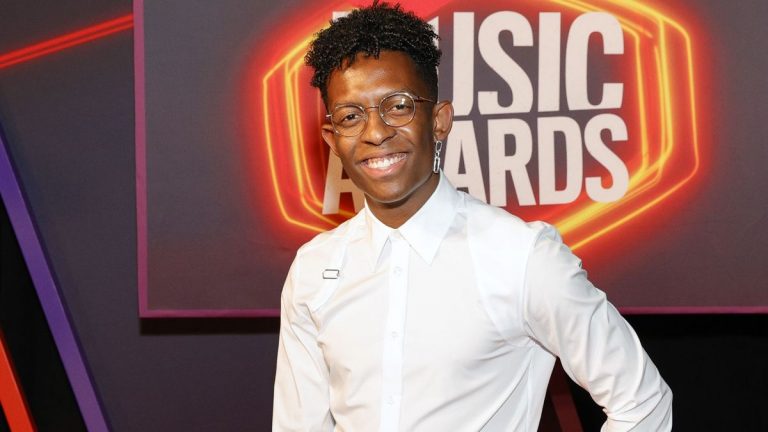 Following the news, the country newcomer sat down with PEOPLE to express his gratitude and excitement about his career milestone.

“I don’t even know what to think! I got the news, and I was immediately sobbing. I was just a wreck,” shared the 26-year-old after hearing he scored his first-ever music award show nomination. “I’m just truly, incredibly grateful to be nominated for this,” he told the publication.

The Nashville-based artist mentioned that his rise to fame opened several doors to “great opportunities,” but he never imagined receiving a CMT nomination so early on in his music career. Nevertheless, BRELAND declared that he won’t take this prestigious recognition “for granted.”

The “Praise The Lord” singer continued to share that he picked up the phone right away to break the news to his parents. BRELAND told the outlet that they “all cried” together, as they have been waiting for this day to come.

“They’ve been here since obviously literally day one. And they’re musicians themselves, and they have always been such a big support of what I’m doing,” he confessed. “And now that we’re starting to see some of the dividends that that hard work is paying, I just feel like I owe it to them to make sure that they’re the first ones to know. Because they’re my biggest support,” he added.

As BRELAND holds the two nominations for CMT Performance of the Year close to his heart, he revealed that he is extra proud to receive praise for his fan-favorite single “Cross Country.” The up-tempo track delivers his personal story and what life would be like if he never dropped his viral hit, “My Truck.”

“It was a concept that I came up with myself,” he gushed. “And it plays with the idea of what would happen if I never put ’My Truck’ out. What would my life have looked like if I hadn’t put the song out. If I hadn’t pressed upload. And now, it’s become so clear to me that this is what happens when you do it,” he added.

While recalling the moment that altered the course of his career, the hitmaker did not fail to acknowledge female powerhouse Mickey Guyton for welcoming him into the genre with open arms and offering endless support. “That is truly the result of black country artists making space for other black country artists,” he concluded.

BRELAND performed “Friendship Train” alongside Guyton and legend Gladys Knight at last year’s CMT Music Awards. Although the act scored the group a nomination, the eager artist said he is walking into the 2022 CMT Music Awards with “more experience” and a “clearer understanding” of his artistry.

Voting is now available for country music fans at CMT.com. The star-studded affair will air live on Monday, April 11 at 8 pm ET/ delayed PT on CBS and Paramount +.