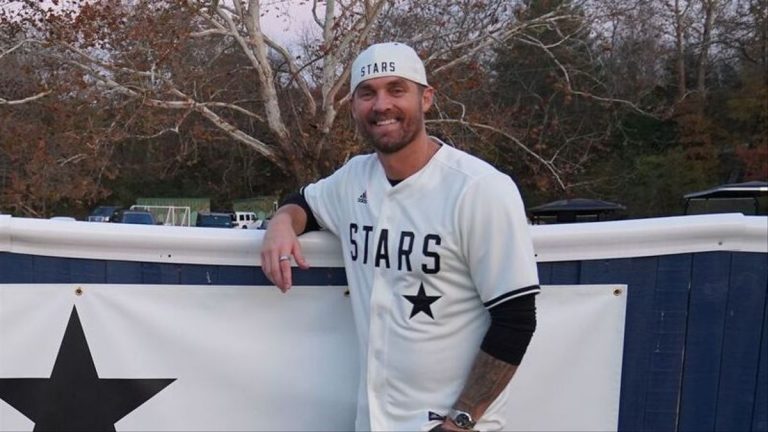 “I’ve been a baseball fan my entire life, and I’m looking forward to working with Music City Baseball and other music advisors to secure a team in Nashville,” Young said, as he played ball with a few Music City Little Leaguers in conjunction with his announcement. “[The city] is the perfect fit for an MLB team, and the plans Music City Baseball have for a family and entertainment complex are unparalleled,” he told Nashville’s Fox 17 News.

“Having Brett join our team was a no-brainer for us. We are thrilled to have his support as we continue to raise awareness and excitement about the potential of having a Major League Baseball team in Nashville,” said John Loar, Music City Baseball’s managing director to PEOPLE. Loar and his staff at the Music City Baseball initiative have named the metaphorical team the Nashville Stars to pay tribute to the Negro League teams that played in the city back in the 1940s.

Young was a high school draftee of the Minnesota Twins but instead decided to attend Ole Miss on a baseball scholarship. However, an elbow injury and surgery ended his baseball aspirations. As far as his current motivations as a country music star, he’ll be ringing in the holiday season both with his Brett Young & Friends Sing The Christmas Classics holiday album, but also with the Dec. 8-premiering “CMT CROSSROADS Christmas: BRETT YOUNG & FRIENDS” alongside special guests Boyz II Men, Chris Tomlin, Colbie Caillat, Dann Huff, Darius Rucker, Gavin DeGraw, and Maddie & Tae. The program airs at 8p/7c.