Brett Young Reveals His Travel Tips And Tricks: “I’m A Creature Of Habit” 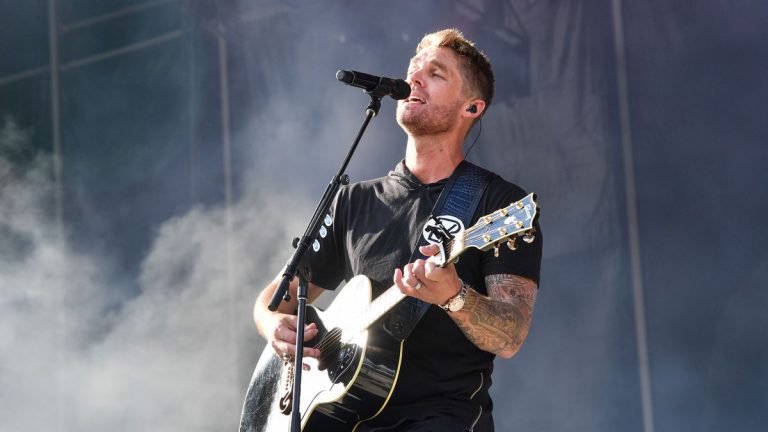 Country music star Brett Young considers himself a seasoned traveler, and when he jet sets to another country – he avoids being a tourist and acts like a local.

Following his trip to Europe for the C2C Music Festival in Dublin, London, and Scotland, the hitmaker sat down with Big Machine Label Group to dish on his business getaway and to reveal his European travel hack.

“In Case You Didn’t Know,” Young’s recent journey across the pound marks his third time performing at the world-renowned music festival – making him a “regular” in each destination spot.

The chart-topping artist told BMLG that he doesn’t waste time checking out tourist attractions, but he casually embraces the rich history and culture of each European city.

“I’m kind of like a walk around the city guy. I’m not a tourist in the way that I’m like, you gotta see the original this, or you’ve got go… I just walk around and kinda take the city in,” he shared full of excitement.

Young continued to mention that he has officially figured out his go-to places in certain locations. For instance, in Glasgow, Scotland – he enjoys grabbing a bite to eat at one of the authentic restaurants crammed between famed retail stores.

“I know what I like in Glasgow. I know I’m going straight to Argyle Street. I know what restaurant I’m having drinks and dinner at. I’m a creature of habit,” he said while highlighting the well-known shopping strip and calculated itinerary. “Once I find it, I don’t need to explore every time I’m there just because it’s rare that I get to go there. I’ll explore once, and then I’m gonna have my haunts by then,” he added.

Young recalled the very first time he made the voyage with now-wife Taylor Mills. He shared that he snuck in a few days in the city of love before he had to take center stage at the C2C Music Festival.

“The first time that I went over, Taylor and I had just gotten back together, and she came, and we went a couple of days early and immediately went to Paris for a couple of days. I hadn’t been, she had,” he said while reminiscing.

The second time he was slated on the star-studded C2C lineup, he had to leave his pregnant wife behind.

Brett Young was not the only hitmaker who recently brought the Nashville flair overseas, as Darius Rucker, Scotty McCreery, Miranda Lambert, Morgan Wade, Luke Combs, Ashley McBryde, and more all performed for rowdy ticketholders. During Young’s high-energy set, he shared smash hit “Mercy,” “Here Tonight,” “Sleep Without You,” and delivered a remarkable rendition of “Have a Little Faith in Me” by John Hiatt.

Share. Facebook Twitter Pinterest LinkedIn Tumblr Email
Previous ArticleJoe Nichols Teams With Blake Shelton, Says If He Talked Like Shelton He’d Be Labeled a Jerk
Next Article Keith Urban Says He and Nicole Kidman are Just “Trying To Figure Out How To Make It Work”