Brooke Eden Ditches “Barriers” and Pronoun Anxiety After Coming Out 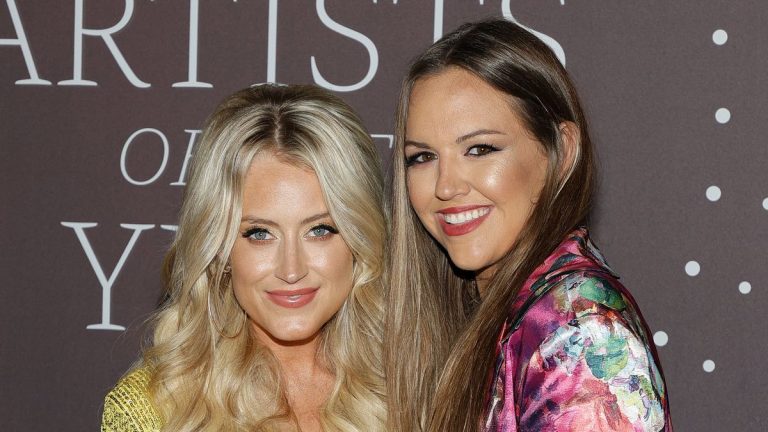 Catching up with rising country star Brooke Eden and her fiancée Hilary Hoover prior to the 2021 CMT Artists of the Year event includes a recount of an incredible whirlwind six months for the couple. They got engaged in May, and a month later, Trisha Yearwood performed a duet of her single “She’s In Love With The Boy” with Eden at the Grand Ole Opry and switched the pronoun to “girl.” The audience roared in approval.

“It was like my worlds had combined,” said Hoover, who is a promotion director at Pearl Records, which works with both Garth Brooks and Trisha Yearwood. “[Yearwood] has always been so incredibly supportive, and when she called Brooke and asked to duet, it was super emotional. The tears were flowing because it meant so much. It was as huge a moment for us as it was for country music as a genre, too,” she tells CMT.

Regarding the movement towards visibility and representation for the LGBTQ community in country music, Eden adds, “[Initially], I was nervous about the response people would have to me being able to be 100% myself. But then I thought about the generations of musicians developing behind me. I wanted them to see an industry where acceptance was possible for being yourself, and that you’d be loved and embraced by this community for being exactly who you are. So, seeing where we are right now, I’d say that it’s about damned time!”

Eden is back in the songwriting rooms these days. Since she came out, the singer/songwriter treasures her newfound honesty, visibility, and awareness.

“I don’t have barriers anymore when it comes to writing songs,” she says. “[Coming out] has changed who I am as a confident singer and songwriter. I’m not writing from behind a façade of a false image that I’m trying to portray. I don’t have to worry about pronouns when writing love songs, or if the person in writing with me in the room is going to be comfortable with the pronouns I’m using when I’m doing that. We’re not at that place anymore, so I get to focus on being a better writer, artist, storyteller, and person. I’m not writing anybody else’s story, I’m writing mine now.”