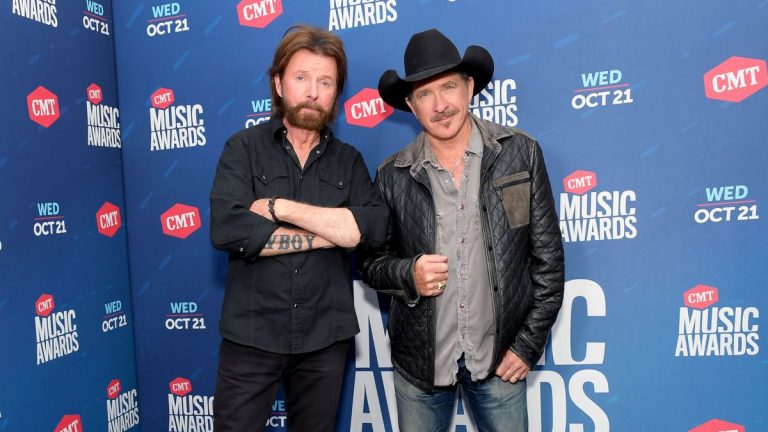 Country Hall of Famers Kix Brooks and Ronnie Dunn were special guests on a recent edition of “Living & Learning with Reba McEntire,” the country icon’s Spotify podcast. Among topics covered, including their plans for retirement and pranks pulled on them by the “Fancy” vocalist in the past, they also delved into their thoughts regarding the fact that ’Neon Moon,” their three-decade-old mega-hit, has spawned a viral TikTok dance craze.

Regarding their viral success, Ronnie Dunn noted, “It came out of the blue. We don’t even know what was happening. It just happened for us.” The dance is built around an electro remix of the track, and specifically the lyrics, “When the sun goes down on my side of town / That lonesome feeling comes to my door / And the whole world turns blue.”

McEntire — who has had multiple viral clips of her own in the past year, offered, “Did you see my donkey Tik Tok? Oh, you gotta watch that. We were out at the farm, and Justin said, “Man, the ’I’m a Survivor’ Tik Tok’s going crazy. We need to participate. So, Rex had an idea of getting the donkeys involved. So, he videoed, he wrote the script,” she added regarding the July-popular video.

“When it’s time to feed your donkeys and they’re not the least bit impressed #ImASurvivor #Donkeys #FarmLife #Reba #CountryGirl,” noted McEntire on the clip of her working on her farm bringing pails of food to her two donkeys. As the video concludes, the country icon turns to the camera and lip-syncs the words, “I’m a survivor.” Alongside McEntire’s take, other ​TikTok users started showing the hilarious things that make them a “survivor,” including chores like laundry, taking out the trash, unloading the groceries, and more.