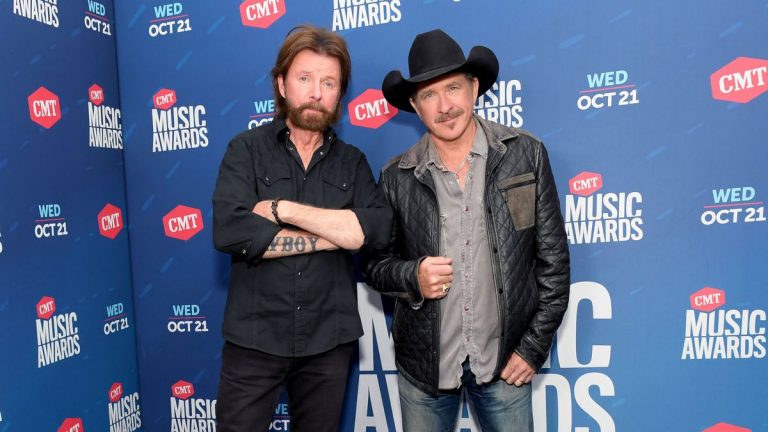 Brooks & Dunn are ready to spill the tea.

The iconic country music duo will star in the debut episode of “CMT Storytellers” 8 p.m. (ET) April 13 (today). And true to brand, Kix Brooks and Ronnie Dunn share the stories behind the songs and give viewers an inside look at the creative chemistry that makes Brooks & Dunn one of the most adored acts in modern country music history.

“We’re both full of shit, and we like to talk about our songs,” Dunn said of why the men wanted to anchor the reboot of “Storytellers” on CMT.

“We’re about to be busier,” Dunn added, alluding to the men launching their arena tour in May. “Ronnie and I aren’t going to work as hard as we did at one point in our career as far as every show. We want to go on tour, and we’re real excited for people see it. But there’s certain things like this that sounded like a cool thing to do. We haven’t ever done anything like this.”

Brooks & Dunn play some of their favorite hits, “Neon Moon,” “Boot Scootin’ Boogie,” “Only in America,” and more during “CMT Storytellers,” which Margaret Comeaux, Executive Producer and CMT’s Senior Vice President of Production, is anxious to revive.

“It’s an honor to be given the reins to reviving one of the most iconic music series of our generation as we bring the Storytellers franchise to CMT for the first time, following an unprecedented 97-episode run on our sister network VH1,” ​​said Margaret Comeaux, Executive Producer and CMT’s Senior Vice President of Production. “A legendary series requires an equally epic kickoff, and we’re proud to have Brooks & Dunn, two of our genre’s greatest storytellers, helping mark its momentous return.”

The men said they carefully considered which hits to share, and Brooks explained the process was more straightforward when they wrote the song they wanted to share.

“Not to make a pun, but every song has a story for sure,” he said. “When you wrote something, it kinda sparks a little memory there.”

“In a live show, you don’t sit down and talk; we roll through,” Dunn added. “This is gonna be kind of tough for us to walk in there and fill in the gaps with banter like that.”

Before the show, Brooks & Dunn wasn’t sure what they would say on stage. But they figured it out in the moment.

“We don’t know until we get out there and start talking about something,” Brooks said. “They all have a story. You know, we’ll see.”