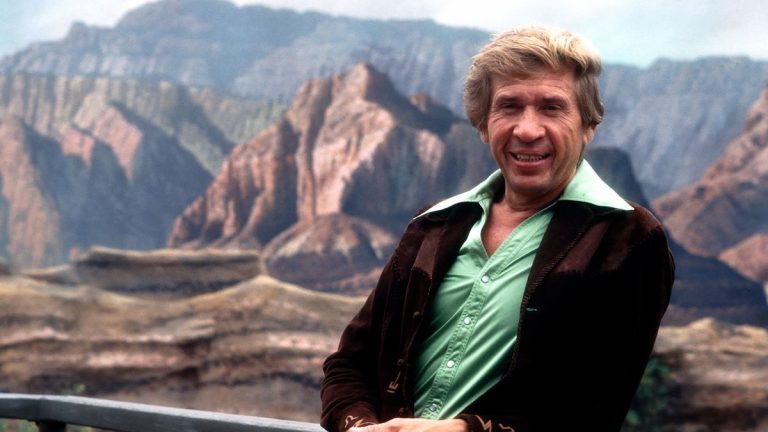 When listening to rock band Creedence Clearwater Revival’s 1970-released, top-five Billboard Hot 100 hit “Lookin’ Out My Backdoor,” the mention of listening to country icon Buck Owens on an antiquated record plater — as accompanied by a shotgunning drum rhythm and honky-tonk style guitar playing — creates a vibe and feel that timelessly introduces exactly who and what the El Cerrito, California-based rock quartet are and are attempting to embody musically.

Making pop music that mirrors the legacy that Buck Owens — especially in the years between 1963-1968 — created in country music is smart. The country hitmaker innovated a sound and style that has not weathered against the stand of time but also has withstood country music’s persistent desire to adapt to musical evolution.

The idea that Creedence Clearwater Revival’s lead singer John Fogerty — a Berkeley, California-based country music fanatic born to parents with roots in Iowa and Montana — would listen to a Texas-born vocalist whose love of Deep Southern rock and roll favored by Oklahoma and Arkansas migrants to southern California proves just how broadly the sweep of the style of music that drove Buck Owens’ appeal through his nearly half-century-long career ultimately was.

Owens himself came to define country music’s “Bakersfield Sound” as a musically-inclined multi-instrumentalist and 16-year-old high school dropout touring America’s western half as a radio host and session player adept at guitar, mandolin, horns, and drums. By 1963, he, alongside his friend — and fiddle player — Don Rich, bass player Doyle Holly, pedal steel player Tom Brumley, and drummer Willie Cantu formed Buck Owens and The Buckaroos. After the release of the eventual chart-topping single “Act Naturally” in 1963, the fortunes of Buck, his Buckaroos, Bakersfield-made country music, and the public perception of what country music sounded like and could aesthetically embody radically evolved.

In a 1989 NPR interview, Owens described country music made by midwestern Americans who relocated by dreams of oil wealth to Bakersfield as “a mix of Bob Wills and the Texas Playboys and Little Richard.” Wills’ bluesy swing blended with the freewheeling rhythms of soulful, Pentecostal gospel-inspired rock created what Owens called “a big beat,” that when combined with “the driving sounds of the drums and the guitars,” created a pop-exciting, dancefloor-aimed sound with universal appeal.

There’s something ultimately quite fascinating about country music’s four-decade progression from Appalachian traditionalism to Bakersfield countrypolitanism getting pushed — after nearly a half-century — by electronic heavy production, acoustic guitars, banjos, and hip-hop blended with countrified grooves that speaks to the longevity of Owens’ style and the Bakersfield Sound’s appeal.

As well, consider the idea that, from 1969 to 1986, Owens co-hosted — alongside fellow country vocalist Roy Clark — the popular CBS television variety show Hee Haw. The idea that the sound and style of country music that Owens innovated grew so popular that it needed to be paired alongside the country-traditional and folkier Nashville stylings of Roy Clark is significant. As country erred in every direction from outlaw rock to disco, soul, and rhinestone pop, Owens’ style represented the sound responsible for the genre being immortalized in the mainstream, on television, literally forever (Hee Haw is currently available on Circle TV).

In 1974, original Buckaroos member Don Rich was killed in a freak motorcycle accident. It was at this moment that, in the midst of a career resurgence spurred by artists like Dwight Yoakam revisiting Owens’ Bakersfield stylings to great acclaim (Yoakam’s Owens duet “Streets Of Bakersfield” was a Billboard Hot Country chart number-one single), Owens noted in an early 90s era interview, “I think my music life ended when [Don Rich] died. Oh yeah, I carried on, and I existed, but the real joy and love, the real lightning and thunder are gone forever.”

Owens himself passed on in 2006, at the age 0f 76. He is a member of the Country Music Hall of Fame and the Nashville Songwriters Hall of Fame. Moreover, he was ranked No. 12 in CMT’s 40 Greatest Men of Country Music poll in 2003. CMT also ranked the Buckaroos No. 2 in the network’s 20 Greatest Bands listing in 2005. Insofar as what allowed him — and ultimately his style of country music — to maintain relevancy for so long, his quote in a 2003 CMT.com interview speaks to the one deceptively simple and wholly country notion that defined his stylings:

“[I’ve] presented the music in the same fashion all my life. Let me tell you what it is, it’s very simple — ’It don’t mean a thang if it ain’t got that twang.’ I live for twang.”