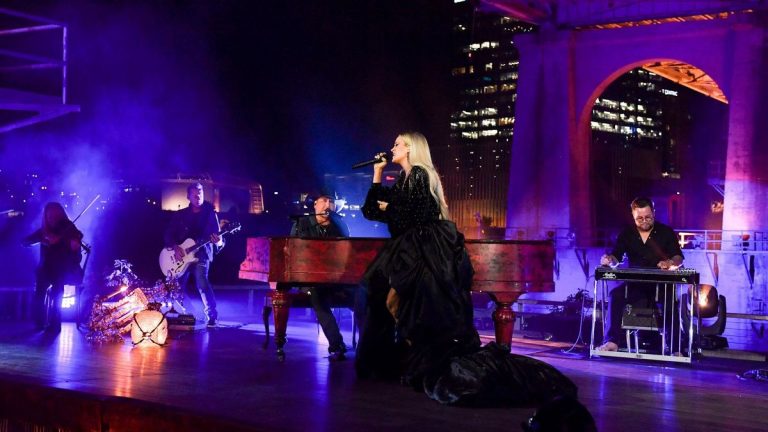 Underwood and Jason Aldean performed their No. 1 hit “If I Didn’t Love You” on the show.

Other winners include Luke Bryan who fans voted Favorite Male Country Artist, and Dan + Shay who were named Favorite Country Duo or Group.

“right before we hit the stage in dallas we were surprised with the good news that we won an american music award for favorite country duo or group,” the duo shared on Instagram. “these awards always mean the most to us because they are fan voted. we couldn’t think of a better way to celebrate than in a sold out @aacenter with some of the greatest fans in the entire world. dallas, thank you for an unbelievable night that we’ll never forget. and to everybody who voted for us, THANK YOU. we are the luckiest guys of all time to have y’all in our corner and will NEVER take your support for granted. it’s very appropriate that it’s thanksgiving week because we are VERY thankful. drop a comment or share this on your story if you were there! 🏆”

As for country performers, Walker Hayes brought his “Fancy Like” sensation to L.A.’s Microsoft Theater. Kane Brown gave the audience a taste of his new radio single “One Mississippi,” and Mickey Guyton got a standing ovation with “All American.”

Share. Facebook Twitter Pinterest LinkedIn Tumblr Email
Previous ArticleCountry Music Hall Of Fame Induction Highlighted By Performances From Eric Church, Brittney Spencer
Next Article Garth Brooks Says “All I Ever Wanted To Be Was George Strait” and Other Revelations