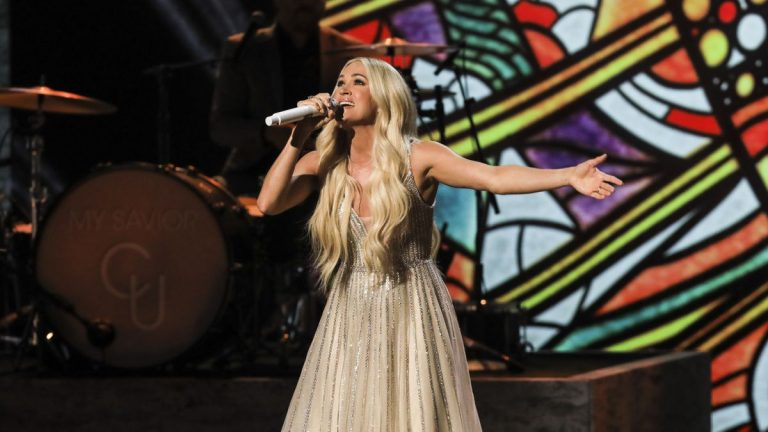 Carrie Underwood released her new single “Ghost Story” on Friday and described it as “a different take on a revenge song.”

“Instead of smashing headlights, this scorned lover is letting her ex know that she will continue to haunt him no matter how hard he tries to forget her,” Underwood said in a statement.

Writers Josh Kear, Hillary Lindsey and David Garcia crafted the song with Underwood in mind, and the singer co-produced it with Garcia.

“They are such talented, amazing songwriters who know me so well, and from the first time I heard it, I knew I had to record it,” Underwood said. “I have always loved performing songs that tell a story and inspire some kind of cinematic imagery when you hear them, and that is definitely true of ’Ghost Story.’ It creates a mood and a vibe that is different than anything else I’ve recorded before.”

Underwood told Today’s Country Radio with Kelleigh Bannen on Apple Music Country that she loved the song’s lyrics, but there was also “just something super cool about the music.”

“I feel like the chord changes and just kind of the musicality of it; it just didn’t sound like anything else that’s on the radio right now,” Underwood explained. “And I feel like it was a great first choice first single because I feel like it’s enough of hopefully what people like about me. There’s some drama. It’s a cinematic song. It’s a great story song … and there’s just something kind of epic about it. So I just felt like it was a great song, and then getting in the studio and singing it myself, it was just like, ’Ah, this just feels good.’”

“Ghost Story” is the first single from Underwood’s new album that will be the follow-up to “Cry Pretty.” She describes her new project as “a lot of fun.”

“We covered a lot of ground making it and just kind of went into the whole project (like), ’Let’s just have fun and make music we love and see what happens.’”

Underwood said she wrote a lot of songs for the new album and enjoyed getting to co-produce again alongside Garcia.

“I feel like people are going to hear everything and just going to get some warm fuzzies and just, I don’t know. Hopefully, it’ll just make people happy to listen to,” Underwood said. “It’s a very like sing-into-your-hairbrush, in your house, in your room kind of album, which I think it’s going to translate well. I think people are going to like it.”