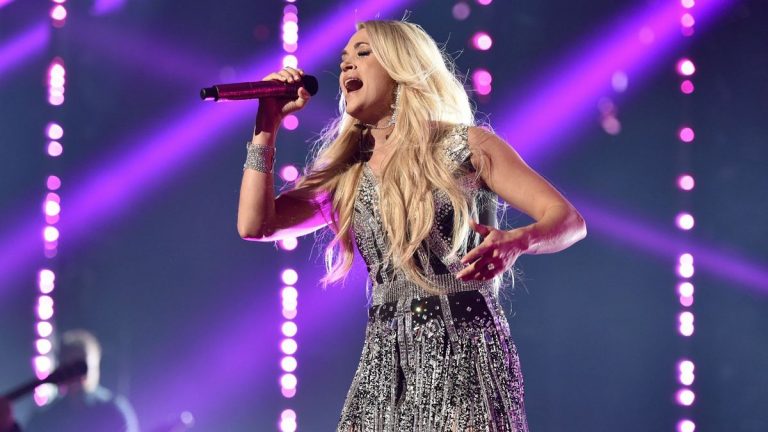 “Coming Friday March 18,” read the motion graphic that Underwood used to announce the highly anticipated project. Although the powerhouse vocalist left fans with limited details – she paired the clip with spooky music, a twinkling night backdrop, and a pair of eyes emoji.

Fans quickly flooded the comment section to show their excitement and to make smart guesses.

“Is this a new song from your new album? I am so excited♥️♥️,” shared a follower. “OH MY!! I can’t handle this gracefully. I’m over here feeling like a child walking into an amusement park,” said another.

Underwood’s devoted community speculated that she was working on a new project, as she has been dropping Easter eggs. On Thursday, March 10, Underwood posted an Instagram picture of herself singing in a recording studio.

“So, I did a thing…,” she captioned the image that left several fans hungry for more information.

This is not the first time the mother of two teased country music fanatics. In fact, she even recruited other musicians to get in on her secretive strategy in the past.

Just hours before Jason Aldean released “If I Didn’t Love You,” he revealed a photo of himself and his collaborator left unknown on Instagram. In the caption, he asked fans to guess who the A-lister could be in the photo. After several predictions, Underwood commented with a simple raised-hand emoji.

In August of 2021, Dan & Shay played a quick game on Twitter by tagging Underwood in an instrumental version of “Only Us” from the “Dear Evan Hansen” soundtrack – which created rumors to circulate. In September, the hitmakers eventually released their heartfelt rendition of “Only Us.”

The new project will follow Underwood’s respected Christmas collection, “My Gift,” and gospel-inspired record “My Savior.” As fans continue to wear their investigative hats and decode her most recent post, they can purchase tickets to see Underwood live in Sin City.

In May, Underwood is expected to restart her state-of-the-art Reflection: The Las Vegas Residency at the Resorts World Theatre.