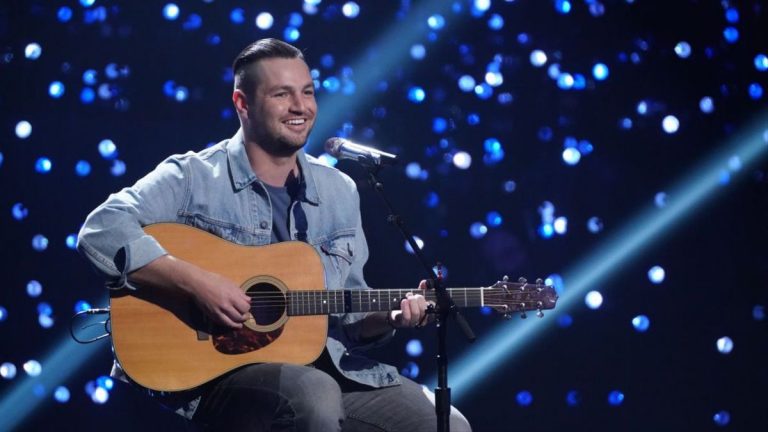 One year ago this month, Chayce Beckham’s life changed forever. On May 23, 2021, Beckham won “American Idol,” effectively trading in his career as a heavy machinery operator for that of a full-fledged country star.

“It’s taken a lot of adjusting,” Beckham said. “To get love and support from people, it’s really a special thing for me. I’ve had a lot of big changes.”

The most significant change since winning “American Idol” is that Beckham’s new EP “Doin’ It Right” was released last this month. The California native co-wrote four of the six songs on the EP, which was No. 1 on the iTunes Country Chart and all-genre chart after it was released. Beckham’s single “Can’t Do Without Me,” from “Doin’ It Right,” is at country radio now.

“I’m just a normal dude,” Beckham said. “The whole world changed a year ago, but I’ve been working very hard. I traded in my 12-hour-a-day job for a 24-hour-a-day job, and this is something that I put all my energy into now. It’s nice to know that hopefully, it’s making a difference for some people as far as the music goes.”

But to get here, Beckham had to overcome some significant challenges – including a car wreck that nearly killed him and a subsequent DUI.
In the months before the pandemic, Beckham’s band played shows almost every night. He was drinking and living the lifestyle that comes with playing in a bar band. Then the first blow came – his beloved grandfather died of cancer. Then COVID-19 closed the entertainment industry, and Beckham’s band was forced to break up. Stuck at home and living with this longtime girlfriend, Beckham kept drinking.

“I just kind of fell like this deep hole of like bad energy,” the singer admitted. “I burned a lot of bridges, made a lot of really bad mistakes, scared off a lot of my friends, and had to move back home with my parents. My girlfriend of seven years left me, and I had to separate all of our stuff out of our house and move back home to my mom and dad’s house, which was humiliating.”

Beckham said his ex got to a breaking point where she told him she wouldn’t deal with his “shit” anymore. The singer got even more depressed and made worse decisions.

“I got my DUI where I wrecked my car and almost killed myself,” he admitted. “Anything that I loved or cherished, I had either thrown it away or burned that bridge. So, the only people I had left were my parents.”

His mom picked him up from jail following his DUI and took him home. While he was confined to his room for a few days following the arrest, his parents started encouraging him to try out for “American Idol.” Beckham didn’t want to, but they forced him into it.

“That’s the greatest thing that’s ever happened to me in my life,” he said, “listening to them and getting out of my room and going to sing in front of Katie and Luke because that changed my life forever. I would’ve never believed in myself enough to do it.”

Even though he won, Beckham still doesn’t think he’s the best singer, but he knows he can tell a story. Because of the hardships he endured early in the pandemic, he had something to sing about. He thinks “American Idol” voters related to his experience, and it was that relationship that won the show.

“It didn’t have anything to do with being the best singer out there,” he said. “It just had to do with being authentic and believing in the songs that you’re singing with every ounce of passion in your body. If you don’t believe it, then you’re just doing karaoke.”

Beckham and “American Idol” judge Luke Bryan share the same manager – Kerri Edwards. As soon as he won, Beckham said his stepdad called and left a message at the management company to see if they were interested. With her help and the guidance of his record label family at BBR Music Group, Beckham crafted a collection of songs that reflect his life and that he hopes others can find themselves in, too.

“Talk To Me,” written by Hillary Lindsey, Will Hoge, and Tom Douglas is among Beckham’s favorite tracks on the album.

“It’s also one of those things where it’s like, ’I can’t wrap my head around that kind of stuff,’” Beckham said. “Even the guys who play on the record are some legendary players that have played on some of my favorite songs for the last 15 years. Getting to go in the studio with them and getting to cut some of these songs, I mean, talk about what an honor it is.”

“Where The River Goes,” which he wrote with Brice Long, Ben Hayslip, and Jacob Rice, is probably the most him.

He couldn’t be happier with the way the EP turned out.

“It was fun to pick these songs out of all the songs I’ve written and have the chance to record and figure out which ones we are going to put on there,” he said. “I just really wanted it to connect with people and for them to be able to say, ’Hey, I know where that fits in my life.’”