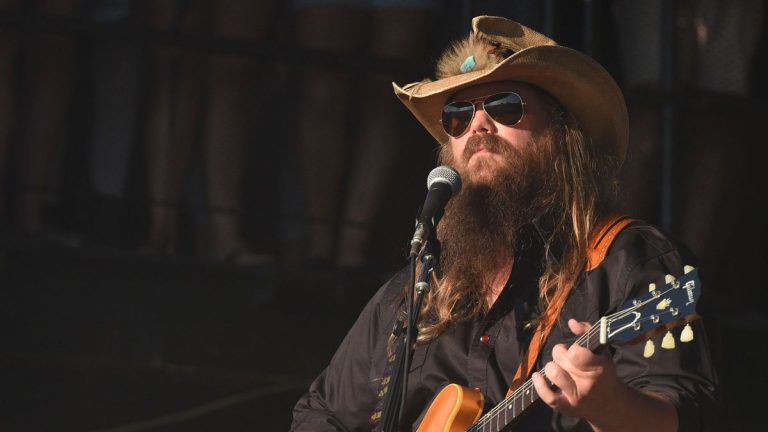 Chris Stapleton is known for his enormous, soulful voice. But his heart is just as big.

The Grammy winner just raised more than $1 million for residents in his native Kentucky with ‘A Concert For Kentucky,” which also included Willie Nelson and Family, Sheryl Crow and Madeline Edwards.

The sold-out concert was the first to ever occur at the University of Kentucky’s Kroger Field, home to the Kentucky Wildcats football team.

“Every night we walk on a stage, we do our best to help people forget their troubles or celebrate or remember or hope or heal,” Stapleton wrote on Instagram. “Every night we play, a portion of those profits always goes to charity.”

The singer said he “can’t think of a greater honor” than to be able to play a show for 40,000 fans and give the profits to the community that has always supported him.

“It is a tremendously pure and rewarding moment to get to provide the medicine that is music in that space,” he said. “I’m grateful to everyone who came to the show and to all of the musicians, managers, agents and crew members that made this moment possible.”

“It took 3 years to get back to you all & I’m so thankful this night finally got to happen. It was magic!” she said on Instagram.

The Hometown Fund is part of the Stapleton’s charitable fund, Outlaw State Of Kind, which they founded in 2016. The Hometown Fund is distributed by the Blue Grass Community Foundation and supports a variety of causes close to the couple’s heart in Chris’ home state of Kentucky, including The Mr. Holland’s Opus Foundation, American Red Cross, UK Healthcare Kentucky Children’s Hospital, the Community Foundation of Western Kentucky’s Disaster Relief Fund and Dolly Parton’s Imagination Library.