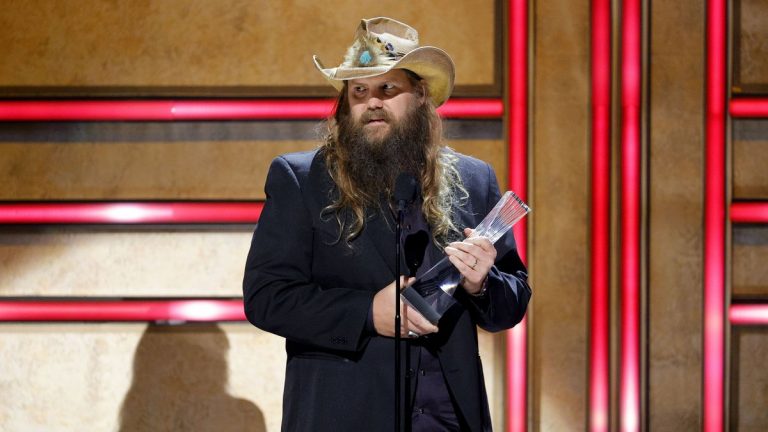 2021 CMT Artists of the Year honoree Chris Stapleton noting that 544 days passing between his live performances due to the COVID-19 pandemic highlighted the level of heart and passion the Starting Over vocalist has for his craft as a country superstar. However, Nashville actress Connie Britton stating that six years had passed since Chris Stapleton was honored — for the first of now, four times — as a CMT 2021 Artist of the Year noted the breadth and scope of his career’s success.

Britton added how multi-genre jumping via collaborations with the likes of Justin Timberlake and H.E.R. was one of the trademarks of his career. This dovetailed into R & B icons Boyz II Men being joined by a live band and Pentatonix member Kevin Olusola for a uniquely stirring rendition of Stapleton’s 2020-released track “Cold.”

“Chris, you’re a real one. You let us all know that soul, good singing, and a heart of gold can still be prevalent in music,” remarked Shawn Stockman, one-third of the artists famed for “Motownphilly.” The CMT Artists of the Year crowd broke into a rousing hand-clap break, and Boyz II Men’s performance — complete with beat-boxing and stringed instruments — took the awards event to another level.

Share. Facebook Twitter Pinterest LinkedIn Tumblr Email
Previous ArticleKelsea Ballerini And The Jonas Brothers Cover A Beatles Classic On “Artists Of The Year”
Next Article Mickey Guyton And Yola Bring Down The House With “Remember Her Name”