Chris Stapleton Put His Daughter on the Phone with Adele 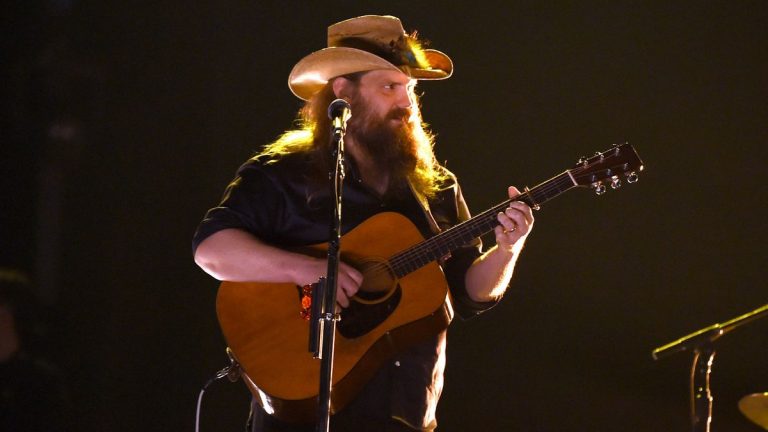 When a father hands his daughter his cell phone to chat, typically, it might be with Grandma.

If your dad is Chris Stapleton, Adele is on the other end of the line.

Stapleton recorded “Easy On Me” with Adele last year, and his daughter got a serious perk.

“When Adele called me to ask me to do it, I did stick her on the phone with my daughter real quick,” Stapleton said on Audacy’s Katie & Company. “I said, ’Here, talk to Adele real quick. I got a little bit of dad points there, I think, so that was fun.”

Stapleton said Adele couldn’t have been nicer to his little girl.

“She’s so good at verbalizing and conversing and making people feel good, so she obviously was a wonderful conversationalist in that moment,” he explained.

Last year, the Kentucky native also bagged a duet with Taylor Swift on her remake of her “I Bet You Think About Me.” But he says he still has a ream collaboration or two on his bucket list.

“Paul McCartney,” he said. “I’m just putting it in the universe, just in case. Aim for the moon, why not?”

Stapleton’s current single “You Should Probably Leave” is currently atop the country charts – and it took well over a decade to get there. Stapleton said the song is probably more than 15 years old and that he recorded it on an album before “Traveler” that was never released. He tried it on subsequent albums but said it never fit. This time, his wife didn’t get him a choice.

“When we got to this record, my wife was like, ’You’re putting this on the record. That’s what we’re doing,’ Stapleton said. “So, if you like it … thank my wife.”

As for new music, Stapleton is already thinking about it.

“I always have something rolling around in my head whether I’m consciously working on something or not,” he said.