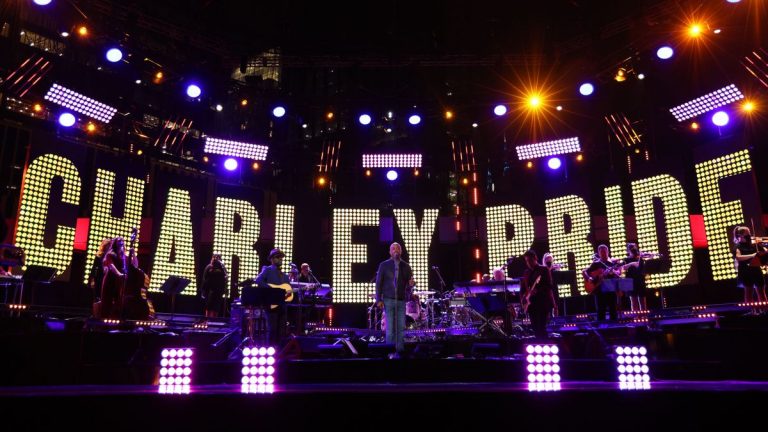 The CMT GIANTS: Charley Pride special will make its broadcast debut on Wednesday, August 25, featuring a star-studded cast all honoring late country music trailblazer Charley Pride. Ahead of the television event, on August 17, Nashville’s National Museum of African American Music hosted a premiere screening of the musical docu-special where Dion Pride — Charley’s son and a featured performer in the program — was in attendance alongside several African-American country music and music stars in general of the past, present, and future, who carry on the legacy of the artist responsible for 52 top-10 Billboard country music chart singles.

The music docu-special itself features his wife Rozene, legendary Hall of Fame baseball icon Nolan Ryan, Reba McEntire, Ronnie Milsap, and more. The special also features both rare clips from Pride interviews, plus press clippings from the early days of his career as a Negro League Baseball pitcher moonlighting as a country vocalist that likely have not been seen in a half-century. Add in performances from generations of country stars — everyone from George Strait and Jimmie Allen to Wynonna and Mickey Guyton — and it provides a greater sense of who Pride was as both a person and artist.

Released as a sneak-peek from the feature is Darius Rucker — a longtime friend of the “Kiss An Angel Good Morning” singer — performing Pride’s 1978 hit “Someone Loves You Honey.” Originally released by country singer Johnny Rodriguez in 1974 it was covered by Pride in 1978. Notably, the song was Pride’s 20th number-one Billboard country hit.

Tune in for the 90-minute show premiering Wednesday, August 25th at 9p/8c exclusively on CMT.