CMT INTERVIEW: 2021 CMT Artists Of A Lifetime Honoree Randy Travis On The Legacy Of ‘Storms Of Life’ 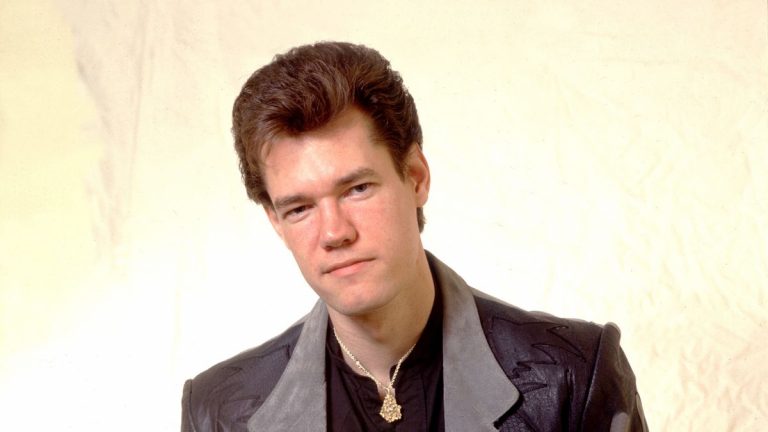 Rather impressively, one in three of Randy Travis’ solo releases in his 35-year mainstream country career has been a number-one hit Billboard Country single. However, Randy Travis is CMT’s Artist of a Lifetime because songs like 1987’s “Forever And Ever, Amen,” 2002’s “Three Wooden Crosses,” and so many more are part of what are essentially, some of the genre’s modern cornerstone songs. Or what his wife, Mary, in conversation with CMT interview, refers to as “the country music hymnal.” However, to study an artist so important to the past, present, and future of the genre, it’s well worth heading back to his roots to do so. Thankfully, Randy Travis has re-released his triple-platinum selling debut album, Storms of Life, on September 24, 2021. Regarding the album, Mary Travis adds, “After a decade of being denied, Storms of Life came out. The singles ’On The Other Hand’ and ’1982’ were released, and those were songs that, at that time, people wanted to hear — and are now songs that are timelessly relevant. When people really connect with songs, then you release the album, the album tends to take off like a jet airplane catching the wind!” Outside of discussing artists like Kane Brown and Restless Road, Josh Turner, Cole Swindell, Cody Jinks, and Luke Combs — who all mention Travis as an influence –because they studied albums like Storms of Life,a conversation regarding his catalog of music is one that touches on one central theme numerous times. “His songs tickle the heartstrings and evoke emotions — whether that’s glad, sad, happy, or mad — that strike a chord,” Travis adds. “That’s what makes his music timeless.”

Marcus K. Dowling, CMT: Artist of a Lifetime. That’s an incredible honor. Where were you two when you found out, and what did it mean to you?

Mary Travis: Randy never takes any of his accolades for granted. When we found out he had been awarded the Artist of a Lifetime, we were traveling through the French countryside on the way to our goddaughter’s wedding in Italy. I was driving, and Randy got quiet. Then I looked over at him, and his eyes had welled up [with tears]. Being an Artist of a Lifetime means that you’re not just a great artist for a season or an album. Instead, your music has made a difference throughout your entire career — in Randy’s case, 35 years.

CMT: So, as far as the album’s meaning after 35 years, what about it do you feel has allowed it to endure to the level that it was re-released?

MT: It brought the thoughts and memories flooding back. Randy’s such a focused artist in the studio. The beauty of Randy’s music is that he leaves a bit of himself in every song he sings because he always puts his heart and soul into it. It’s easy to believe a song when it’s performed and recorded like that. We’re all designed to go through storms in life. However, what do you do to survive those storms and be better, not bitter, because of them? That’s the question that the honesty in his songwriting answers.

CMT: As far as the album’s writing, I feel like it bears a level of detail that is unusual for a debut record. What about the songwriting is unique to this album?

MT: This is an album where the details matter in the songwriting. But, on a larger scale, taking care of the little things so that the big things aren’t so big is how Randy has always lived his life. But to get back to your point, Randy came to Nashville knowing exactly what he wanted to accomplish as an artist. He said having a plan made going into the studio so easy because he knew who he was and exactly what he wanted to say.

CMT: And as far as singles, there were four released here, but the album, in general, top to bottom, feels like it could’ve had ten radio hits. What about the creative process lent itself to this level of creativity?

MT: Randy had a run of albums where, if you ask anyone, there weren’t really any “bad” songs on those recordings. Back then, most artists released albums that had one or two hit radio singles that you’d wear out a record or CD playing; then, you’d eventually put that album in a pile in the corner. However, Randy thought, “what’s the point in sitting down to write songs if it’s not going to be a song written with heart, that could potentially make a difference somewhere, in some way?” That means there were no “B sides,”; there were just songs that the radio didn’t take. Of course, we wished that radio would play certain songs more, but once a song like “1982” or something gets caught up in rotation, there’s no way that the others were likely to get a shot. Randy had four top-ten singles on Storms of Life, which means there wasn’t much room on the radio when Storms of Life was released for more Randy Travis songs to be heard. Then, of course, Always and Forever came out a year later, and it had ANOTHER four top-ten singles. That’s a great run, but also, how many songs did we NOT get to hear enough because of that? It’s incredible to consider that as well.

CMT: As far as songwriting, I wanted to dive back into Randy’s process on Storms of Life, because there’s songs here that feature word choices that are so precise that the really hone on an exact emotion. What has he shared about that process?

MT: Funny story. When Randy would hear a song that he knew a writer wasn’t invested in, he’d call that a “7-11 Song,” meaning that the writer had repeated seven words, 11 times. So he’d continue, that guy sat down and did that, then he got on stage, did that, took his bow, and then he’s gonna be through. Those songs are fun for a moment, sure, but they don’t leave you with anything. You’re probably not going to hear any of Randy’s music and think “there’s a 7-11,” because there are songs like Storms of Life single “Digging Up Bones” that has the word “exhume” in it. Or in “Three Wooden Crosses,” Randy absolutely meant to rhyme the words “hooker” and “preacher” in a gospel song.

CMT: So, for you, Mary, when Storms of Life was released, what were you doing and how did it resonate for you? It was a massive release, so as a fan, how did you interact with it?

MT: Where was I when I heard Storms of Life? Wow. Good lord! I was a flight attendant flying for Southwest Airlines, and whenever I hung out in Dallas, I’d go to Cutter Bill’s bar in Dallas, and all of the two-stepping songs on the album would be playing. The album was the soundtrack to many wonderful nights. But then, I met Randy in 1990, and for him to be as wonderful as a person as he was an artist, the music matched the man.

CMT: So, this release has three bonus tracks (including current single “Ain’t No Use”) that were not on the original release. How did finding those occur, and can we expect more unreleased material seeing the light of day?

MT: Randy cut twenty songs for Storms of Life. Ten of them made it, and the other ten were shelved. These songs represent three of those shelved songs that Warner found in their vault. Between Randy and the label, nobody knows where the other seven are. When Randy originally heard the three on the re-released album, he immediately remembered recording them, so we hope they can locate the other seven.

CMT: As far as the connection between lyric, song, and meaning, I feel like Randy has a way of connecting all three that is particularly unique to him and very few others. Could you break down how consistency in that talent developed, and what having that consistency means?

MT: Kyle Lehning, who was Randy’s career-long producer, once said, “Randy sings songs that people don’t know that they need to hear until they hear it.” The great songs that any of the great artists sing, are songs that make you feel like you’re reading the Bible. The songs tell about where [the Artist, specifically] is in life, and the [exact] pains and celebrations that they’re going through, too. Just like the Bible, there’s always a specific way to highlight an authentic emotion in a lyric, and for that reason, the great artists — like so many who have been honored by CMT as Artists of a Lifetime — write and sing the great lyrics.