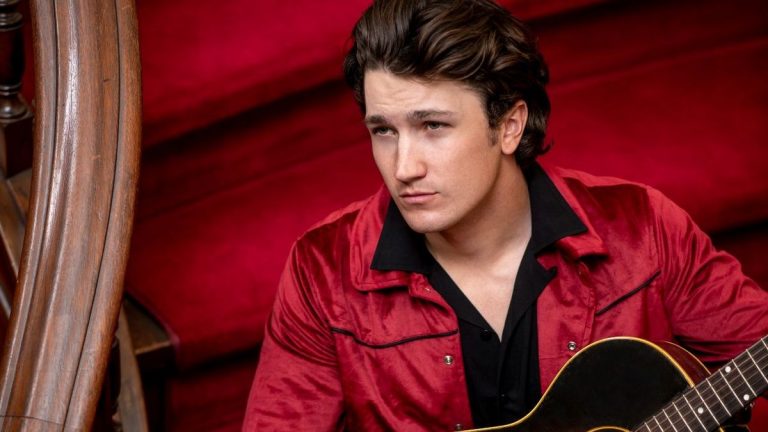 A conversation with rising country performer Drake Milligan about all things regarding the epic, near 18-minute long film related to his latest video, “Dreamsville,” which features tracks from his debut, self-titled EP, includes also discussing how much his video bears both timeless and modern inspirations. Foremost, in regards to this notion which guides much of the creative inspiration for his latest video, he offers the following note: “For pretty much my whole life, because of streaming, I could keep my [musical] palate satiated by not listening to brand new stuff but by discovering classic artists. So by merging my traditional influences, guys like George Strait, Alan Jackson, George Jones, Merle Haggard, Roger Miller, Roy Rogers, and Gene Autry with a few modern influences — guys like Josh Turner and Easton Corbin — I’m hoping to create something unique and new.” Digging deeper into his EP allows for much longer, nuanced conversation, though. In addition, it offers a great sense of how proper planning inspires pristine execution.

Marcus K. Dowling, CMT: So, can you take me into how your dream team of players came together for your EP? It’s a who’s who of 50 years of country music. It’s awe-inspiring.

Drake Milligan: [Producer] Brandon Hood and I created a strong production and songwriting bond, plus he gets what I want to accomplish and where I’m coming from. One of the first people I knew in Nashville was Tony Brown. So, in my world, there’s often only Elvis and George Strait, so given that Tony worked with both of them, he was an ideal person for me to meet. But I didn’t just want to go out there and make what would be a straight-up “George Strait record.” So, we painted those edges a little bit, with [other players familiar to working with Strait] like [fiddle player] Stuart Duncan and [steel guitarist] Paul Franklin, who I realized, while recording the EP, that I’d been listening to my whole life—hearing them coming through the headphones flooded back a bunch of childhood memories. There are also guys like [drummer] Chris McHugh, who played on all of Keith Urban’s albums, and I have him playing on a Western swing track, so it’s cool to hear a more rock-style guy like that playing something classic and keeping the style fresh. I also have to mention [legendary blind country/gospel pianist] Gordon Mote, a pianist I refuse to do a session without. Every time I get into the studio with those guys, I’m blown away.

CMT: So, as far as working with guts like these, tell me about a moment where you heard one of them play something that made you remember why you love these creators and this particular style of music you’re cultivating?

DM: Paul Franklin was playing on a demo of mine recently, and he played a steel guitar lick that felt just like something he’d played on [George Strait’s 2001 hit] “Run.” At that exact moment, hearing that lick confirmed why I love “Run” so much. Piecing together moments like that by getting to listen to these players’ touches in person and dig into them is fun.

CMT: Of the songs on the EP, which one showcases your greatest depth and scope of growth as a songwriter, and why?

DM: “She” is, in my opinion, a timelessly melodic ballad. It’s a love song, and I love a good love song. It’s also a song that I undeniably felt like I had to sing it immediately when I wrote it. Those types of songs are hard to write, though. It’s difficult to “paint the simplistic picture,” so to speak, that [the art of] writing great love songs is all about. But once “She” was completed, it provided me a turning point to say that this EP was shaping into something special. Songs like “She” not only stick with you — and you feel like you’ve known the words forever — plus, they sound like the kind of song you wish always existed.

CMT: So, of your many inspirations, which one do you feel has — in person or by quote — offered you the best advice, and what was that advice?

DM: Hank Cochran was the king of the four-line chorus, and he used to say, “if you can write it down, and it fits on an itty bitty page, then you’ve said all you need to say, and you’ve done it right.” However, he didn’t mention how much work it takes to do that. Working through the way a song makes you feel — how it might give you hope, make you think of someone, in particular, potentially change someone’s life — is a magical process.

CMT: I wanted to come back to George Strait to close. He’s sang so many hits, many of which I’m sure have impacted you. Which of his songs would you use to describe your career at present best, and why?

DM: I rely a lot on my intuition, trusting my gut, and my natural musical abilities, so I’ll say that George Strait song would be [2006 released album and single] “It Just Comes Natural.” There’s certainly a lot of hard work involved in what I do, but I feel like if I trust in myself, show up on time, and be nice to people, then that will get me all the places I want to go in my career.

Share. Facebook Twitter Pinterest LinkedIn Tumblr Email
Previous ArticleIs Chris Stapleton Feeling Better? He was Just Added to the CMA Awards with a List of Other Stars
Next Article Garth Brooks honors Charley Pride: ‘The guy was a unifier before unifiers were thought of’