CMT INTERVIEW: Reba McEntire Celebtrates “Having Fans From 2 To 92” On ‘Revived Remixed Revisited’ 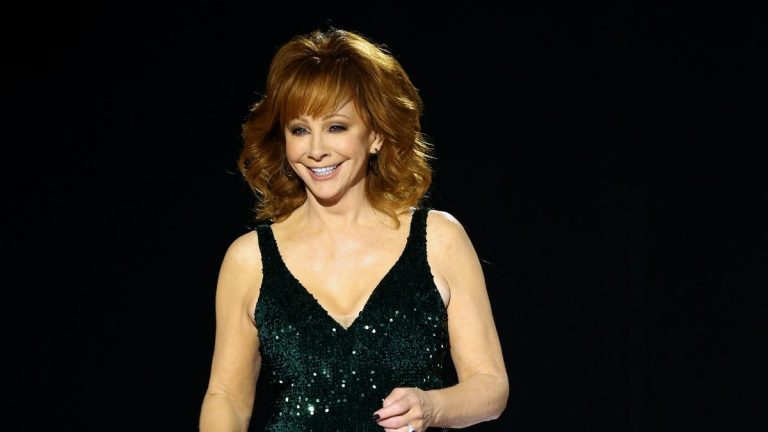 “Having fans from age 2 to 92 is a good problem to have,” says Reba McEntire, on an early morning Zoom call, regarding her just-released Revived Remixed Revisited triple-album that reimagines top hits from her four-decade catalog of iconic country songs. McEntire is a music superstar whose renown expands across ages and mediums. She’s a renowned vocalist whose mid-80s breakout into stardom also, via the video for 1986’s “Whoever In New England,” catapulted her into the global mainstream spotlight. Furthermore, her work in the 2000s as a sitcom star with a self-titled television program expanded her star power from stage to screen. Now, as an artist with three generations of fans who all have unique connections to various aspects of her performance excellence, the time was likely right for her to revive, remix, and revisit her incredible slate of music. To a room of journalists, McEntire took a half-hour to answer questions, offer reflections, and highlight just how profoundly impacted she was by having such an intriguing way to reconnect with her legendary material.

“My management was wanting me to focus on my catalog, and this genius [triple album] idea came about. So we have a dance mix album, an album that a band re-recorded live, and then the stripped-down version,” McEntire offers. She continues, highlighting a note that made the project stand out as highly important and necessary. “There are fans of mine who are parents who bring their kids to my shows, and the kids — because they only know me from the TV show say, “oh yeah, she sings too?” Or, I’ll be in the grocery store, and a [small child] will see me and say, “why are you here?” And I’ll respond, “I live here.” And they’ll say [as influenced by the TV show], “no, you don’t! You’re from Houston, Texas.” While her young fans’ curiosity entertains McEntire, it’s being able to unify her fans through the generations while also doing some work meaningful to her professional aspirations too.

McEntire’s current Revived Remixed Revisited album single is a “revised” take on the “Fancy” vocalist’s melodramatic 1993 track “Does He Love You” featuring Dolly Parton. Impressively, it’s the first time the twosome have been officially featured together on a track. Unfortunately, because we recorded the albums during the first wave of the COVID-19 pandemic, McEntire and Parton could not record together. However, regarding the pairing’s future, Reba gushed, “[Dolly was] exactly the sweetheart you think she is. I can’t wait to sing it live with her,” stating a desire to perform a live duet during a 2022 awards program potentially.

Production work on Revived — which McEntire previously stated to Apple Music’s Hunter Kelly is her favorite of the trio — was handled by Dave Cobb. He’s a notable Nashville veteran producer credited with work for Chris Stapleton, Jason Isbell, and others. McEntire’s professional curiosity was piqued by being able to pair with him for the album. “Dave was easy to work with and knew exactly what he wanted from each of the ten tracks we stripped down. [The process] worked out perfectly, she added. “With the help of his musicians, we let those songs breathe so the words could come through. For instance, [McEntire’s 2009 recording] ’Consider Me Gone’ was originally an ’in your face’ song, but on Revisited, the song is allowed to mature and relax, which I appreciated.” Cobb and McEntire worked on the album in RCA’s vaunted Studio A, which for McEntire conjured what she describes as a “nostalgic mojo” that inspired “good feelings” for her. “If those walls could’ve talked, they would’ve been cheering me on,” she giddily opined.

“I love how Tik Tok took to ’I’m A Survivor,’ says McEntire about the digital viral popularity of her 2001 hit single. The testament to will, grace, and strength is also her tune that she feels describes her best after a career that has impressively spanned nearly a half-century. The song appears in three formats that connote the multitudes of diversity in sounds and styles between the three projects. Revived features a bolder version of the production as it would be heard played by her live band. Revised, it’s an acoustic ballad, allowing the song’s abundant lyrical honesty to be apparent. And Revisited features two queer trans femme artists — producer LaFemmeBear and multi-instrumentalist Mya Byrne — creating a folksy, R & B-style country-trap remix. Ultimately, for fans and listeners — all fans, and listeners from all genres — from 2 to 92, are represented equally.

So excited to share a stage with the legend @reba soon 🧡🧡 I’m over the moon about this finally happening! pic.twitter.com/UVWxVCyJHJ

Regarding her next steps, McEntire offers that she’s excited to get back on the road touring again from January-March 2022, making up two years of tour dates canceled by the pandemic. Openers for those dates vary but include CMT’s 2021 Next Women of Country Brittney Spencer and Reyna Roberts, plus Brandy Clark, Caitlyn Smith, Caylee Hammack, and Tenille Townes. In connection with the theme of her new release, the tour’s openers have taken to social media to perform their versions of Reba’s classics. However, regarding one particular classic, there’s a note that McEntire offers about performing it that highlights exactly why McEntire may claim it — more than any of her openers — as her own signature cover song (the original was recorded by Bobbie Gentry in 1970). It also provides undeniable evidence of why McEntire is as vaunted as an icon as she is.

“I love a great story song, says the ’Whoever’s In New England’ singer. People always ask me about how I connect to the stories in these songs after so many years. Well, when I’m onstage singing ’Fancy,’ for instance, I’m not thinking about my grocery list, that’s for sure.” McEntire’s conclusion to the story doesn’t miss a beat, either. “I’m not Reba, I’m Fancy Rae Baker in that moment, and I’m connected to her, and telling her story, with my voice, to that crowd,” she offers. Twenty-three songs performed 30 different ways on Revived Remixed Revisited stand the test of time and imagination. This occurs, ultimately, because they all share the Oklahoma-born performer’s peerless ability as a creator and artist in their legacies.