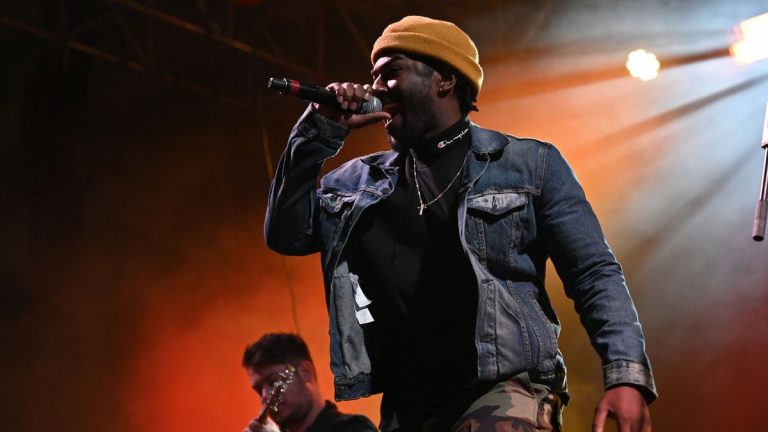 “Whew. 2021 has been one big, long day. So let me flip through my camera roll and tell you all about it,” says Shreveport, LA-born and currently Nashville-based country star on the rise Willie Jones. “Yeah, man. It’s been crazy.” Crazy for the average developing artist may include a few gigs, a few songwriting rounds, and maybe releasing an EP or two. Crazy for Willie Jones includes releasing a full-length debut album, three other singles, a slate of summer festival gigs, debuting at the Grand Ole Opry, plus joining Luke Combs and Kane Brown to lure Major League Baseball to Music City. You may already know Jones for his standout civil rights anthem “American Dream” or celebration at the “ratchet Zydeco rodeo” for summer country trap party rocker “Down By The Riverside.” Now, with new, New Orleans second-line horn aided track “Get Low, Get High,” he’s continuing to bring the party, but this time via an earnest yet breezy pop-country song. Somewhere between everything, Jones carved out the time to bring CMT up to speed on the quicky — and entertainingly — evolving story that his career is becoming.

Marcus K. Dowling, CMT: “Get Low, Get High” is your latest release. It’s a departure from the soul and country-trap vibes that have spurred your success so far. Why move in this direction now, and what do you want to accomplish with the single?

Willie Jones: For me, this is one of many songs that I’m excited to release to highlight the diversity of sounds that I can create. So, yes, it’s a departure of sorts. But I want people to understand that there’s so much I have to offer! The vibe [on “Get Low, Get High”] is all about being thankful and grateful for being alive. By the grace of God, I’m, well, we’re all still here.

CMT: Some may call it unusual that an artist so early into their mainstream run could explore so many diverse directions with their music. What are your thoughts about being able to blur lines, push boundaries and really craft a lane that’s solidly your own?

WJ: Since the first time I got into a studio at the age of 15, I’ve always tried to make music that I can enjoy, because who likes singing stuff that they don’t want to sing?!? So, being able to create from a place of being [artistically] free enough to develop things that don’t compare to other artists in this — or any — genre is important. Also, trying to be honest to myself allows me to care for myself first. That’s ultimately the most important thing. Creating great music requires going into a studio and giving the world a piece of your soul. So, taking care of yourself in that process is important. But, at the end of the day, it’s simple. If you’re not going into the studio with a mindset of “I’m just gonna do me,” it makes being an artist difficult.

CMT: Let’s move on and talk about what you, Kane Brown, and Luke Combs are trying to accomplish with the Nashville Stars project and getting Major Leaguer Baseball back to Nashville. When I saw it, I was not shocked, just surprised at your depth, man. You have your hands in everything (laughs). It feels like the seeds are there for it to work. And, the Negro Leagues angle on it, too, is notable. Could you break this down for everyone?

WJ: I certainly do have a ton of diverse interests! I’d describe myself as weird, but hell, everybody is weird. But to your question, my involvement with the Nashville Stars is exciting. Nashville is ever-growing, and now they want a Major League Baseball franchise. I think it’s dope that they do because sports — like music — do a great job of unifying and connecting people. The proposed name, The Stars, honors the 1960s era Negro League franchise of the same name by incorporating that history, too. As a part of this, I got to tour the Negro League Museum in Kansas City, and man, it’s all just super cool.

CMT: And let’s finally talk about picking something out of 2021 that stands out to you, specifically. You’ve had several highlights. Please feel free to select one or two and break down what they meant to you?

WJ: My Grand Ole Opry debut was crazy. Foremost, I was playing the f***ing Opry. This was before the [venue]’s full reopening, so it was kinda empty due to COVID-19 protocols. However, I had my family there. Playing the show was actually amazing because I imagined it like I was playing a show there, and I had the whole venue to myself. Regardless, it was a huge career achievement for me. I also interviewed Nelly for my Apple Music Crossroads Radio show, plus interviewed him at a festival in Huntington, Kansas. Now, if you would’ve told “Fifth Grade Willie Jones” — who loved “Air Force Ones,” or “Over and Over” by Nelly and Tim McGraw — that one day, I’d be a country artist and talking to Nelly, “Fifth Grade Willie” would’ve said, “you lying!” So those two moments were cool as hell.

CMT: We’re at this moment in country music, as you’re well aware, where artists of color are really starting to cement themselves and emerge in greater numbers than ever before. What, would you say, have you uniquely contributed to all of this? And, what do you think about your career, and what will allow it to potentially grow, in the future?

WJ: My drip. I may be the only artist in country music history ever sometimes to wear a five-inch Afro [hairstyle] (laughs). Also, I take risks in every way. From fashion to my stage performances to my music, people can feel the ability to be themselves by being around me, hearing me, and supporting me.