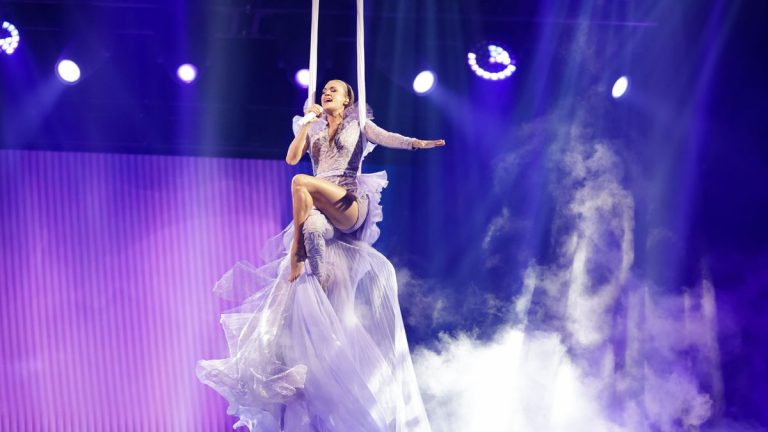 Hours before the awards telecast, Underwood teased how her fans should be braced for a first from the country music queen: “I’ll be taking my performance to new heights and will be doing something I’ve NEVER DONE BEFORE,” Underwood wrote on her Instagram.

And the “Denim & Rhinestones” singer did not disappoint. During the CMT Music Awards, Underwood performed not from Nashville, but from the stage of the Resorts World Theatre in Las Vegas where she is currently starring in her live show, REFLECTION: THE LAS VEGAS RESIDENCY.

When @carrieunderwood turns your world upside down with her #CMTAwards performance… pic.twitter.com/98LU8uNor7

Underwood treated viewers to a performance of her new single, “Ghost Story,” rocking her own fuchsia fashion, on a stage bathed in purple. As she belted her hit track, Underwood was flanked by aerialists, suspended in silk ribbons from the ceiling. Underwood then grabbed onto her own ribbon and took to the sky, and suspended herself high above the stage, eventually swinging upside down as she closed out her hauntingly beautiful number.