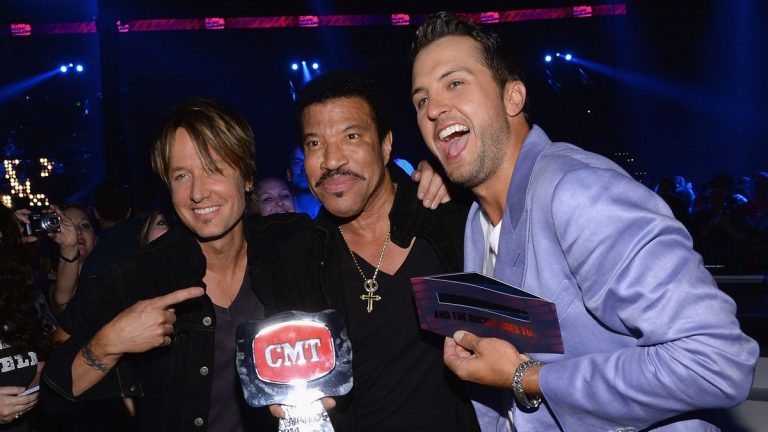 On Monday, April 11, country music hitmakers will flock to Nashville’s Municipal Auditorium for the 2022 CMT Music Awards. While notable nominees eagerly wait for their names to be called, multi-platinum artist Kelsea Ballerini and Hollywood A-lister Anthony Mackie will push the party along as co-hosts.

During the star-studded affair, one lucky country crooner will walk away as the Male Video of the Year winner. The 2022 competition is stiff, with Cody Johnson, Eric Church, Kane Brown, Luke Bryan, Luke Combs, Thomas Rhett, and Walker Hayes going head-to-head.

In honor of the friendly rivalry, CMT took a look back to when fan-favorite musicians scored the prestigious accolade. The 2022 CMT Music Awards will air live from Nashville at 8 p.m. (ET) Monday on CBS.

Kane Brown tackled the 2021 CMT Music Awards as a co-host alongside Kelsea Ballerini. While keeping the audience engaged and viewers at home on the edge of their seats, Brown scored Male Video of the Year with his love-centric single “Worship You,” and Collaborative Video of the Year for “Famous Friends” with Chris Young. The fan-voted honor marked Brown’s second win in the respected category, as he nabbed the title in 2019 with “Lose It.” The family-oriented music video filmed in Jackson Hole, Wyoming, was directed by frequent collaborator Alex Alvga. The chart-topping hit lives on Brown’s EP, “Mixtape Vol.1.”

Luke Bryan scored Male Video of the Year with his feel-good anthem, “One Margarita,” at the 2020 CMT Music Awards. The smash-hit is featured on Bryan’s seventh studio album, “Born Here Live Here Die Here.” The beloved music video was filmed pre-pandemic at Bryan’s Crash My Playa festival in Cancun, Mexico. With confidence, Bryan took the podium to thank his devoted fan base for voting and his supportive mother for making an appearance in the vacation-inspired clip.

“Thank you so much all the fans out there who voted for the video,” he said. “All the people who crashed my party…I want to thank my mother for crashing my video and being the star,” he added about the carefree music video that also features his close friends.

Country music star Kane Brown was honored with Male Video of the Year at the 2019 CMT Music Awards at Nashville’s Bridgestone Arena. The hitmaker scored the accolade with “Lose It,” the up-tempo track from his second studio album, “Experiment.” Brown penned the party-anthem alongside songsmiths Chase McGill and Will Weatherly.

“This is awesome! I started on Facebook, and I got to thank all my fans, who have been behind me through it all,” the young vocalist uttered in front of a roaring crowd of A-listers. At just 25-years-old the country crooner snagged the title from seasoned musicians such as Eric Church, Jason Aldean, Kenny Chesney, Cole Swindell, and Thomas Rhett. Within the same year, the singer-songwriter was nominated for Video of the Year for the fan-favorite clip, “Good As You.”

2018 was a massive year for Blake Shelton, as he dominated the star-studded ceremony. The multi-platinum artist took home Video of the Year for “I’ll Name the Dogs” and received his 10th win in the Male Video of the Year category. Following his victory, the icon took center stage and acknowledged the next generation of country musicians.

“It’s so cool to sit up tonight with this new generation of country artists that are coming up,” Shelton shared with hope in his voice. “I might be one of the last old guys that are excited to embrace and be excited about the new generation coming up…so good!”

The song that highlights compromise within a relationship incorporates several traditional country elements. The hit that soared to the top of the Billboard Country Airplay and Mediabase/ Country Aircheck singles chart was penned by gifted songsmiths Matt Dragstrem, Ben Hayslip, and Josh Thompson. “I’ll Name The Dogs” that lives on Shelton’s record, “Texoma Shore” quickly became his 25th career No.1

The 2017 Male Video of the Year category was jammed-packed with fan-favorite nominees, such as Blake Shelton, Luke Bryan, Jason Aldean, Thomas Rhett, and Eric Church. However, the Australian heartthrob snagged the accolade for “Blue Ain’t Your Color.” Following the release, the romantic melody penned by Steven Lee Olsen, Hillary Lindsey, and Clint Lagerberg reached massive commercial and chart success. The mid-tempo track raced to the top of the US Billboard Hot Country Songs and sat at No.1 for 12 consecutive weeks. Director Carter Smith seamlessly brought the lyrics to life in a retro-inspired black-and-white music video.

“Thank you. Fans, everybody in the ‘Ville, thank you so much. You have no idea how much this means to me. I want to say a massive thank you to my wife, Nicole Mary. You have no idea how much of what I do she’s involved in every little piece of it, especially the videos and helping me,” the hitmaker said while accepting the award. “She hates me saying this, but she helps me so much make these videos what they are. To our little girls at home, Sunny and FiFi, we’ll bring you next time for sure. And just again to CMT and everybody who voted for this, it means everything to me,” Urban concluded.