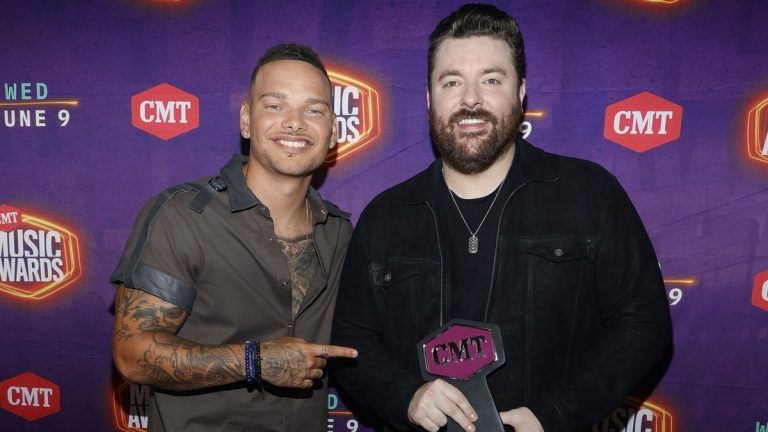 Any country music fanatic would agree that there is nothing like the tight-knit Nashville community. Seasoned singer-songwriters within the supportive space have become each other’s biggest cheerleaders and frequently turn to one another to elevate their artistry. When an artist from another genre wants to push their musical boundaries, country music stars welcome them with open arms.

The competition is stiff, as numerous A-listers will be going head to head for the crown. Carly Pearce and Ashley McBryde’s vulnerable hit, “Never Wanted To Be That Girl” is in the running. Mackenzie Porter snagged her first CMT nomination with Dustin Lynch for “Thinking ‘Bout You.” And Nelly’s genre-bending duet “Lil Bit” with Florida Georgia Line has also scored a spot as well.

Of course, fans had the opportunity to vote for “If I Didn’t Love You” by Jason Aldean and Carrie Underwood, Jimmie Allen and Brad Paisley’s “Freedom Was A Highway,” the viral anthem “Buy Dirt” from Jordan Davis featuring Luke Bryan, and Kelsea Ballerini’s chart-topping single with Kenny Chesney, “half of my hometown.”

Now CMT is looking back in time to other partnerships that reached mainstream success and scored the prestigious accolade.

During the 2021 CMT Music Awards, Kane Brown co-hosted alongside Kelsea Ballerini. While owning the stage, the country crooner scored Collaborative Video of the Year with Chris Young for their track, “Famous Friends.” The toe-tapping anthem that highlights small-town heroes quickly became the most-played song on country radio and sat at No.1 on the Billboard year-end Country Airplay Songs chart for multiple weeks. The music video directed by Peter Zavadil and Tiny Terror Productions features a live rooftop performance in downtown Nashville and Young’s real-life friends.

“Dude, thank you guys so so much. This is one of the few times I’ve gotten on stage to accept an award. Love you, mom, my whole family. Thank you for making this real,” Young gushed while accepting the award. “I wanted to say thanks to the fans for voting. I got to give him [Chris Young] his first CMT Award last year, and now I get to be a part of it this year,” Brown added.

The two took center stage following their win to close out the star-studded ceremony at Nashville’s Bridgestone Arena. While the two delivered their dance-worthy anthem, the audience held up cardboard cutouts of their own famous friends.

Country music’s hottest couple, Blake Shelton and Gwen Stefani, had a reason to raise a glass of bubbly at the 2020 CMT Music Awards. The two brought home the trophy for Collaborative Video of the Year for “Nobody But You,” a romantic love song penned by Ross Copperman, Shane McAnally, Josh Osborne, and Tommy Lee James. Through imagery, Shelton and Stefani paint the picture of the nightmare-like scenario of living without each other.

The happy pair accepted the honor via video to recognize their fans and to highlight the significance of the CMT Music Awards.

“Thank you to the fans,” Shelton said with gratitude. “I really do believe that the awards shows are beginning to lose credibility over the last few years. Fans voted awards shows are really the only stand-up awards shows in our industry. This means the world to us, more than you probably imagine,” the country crooner concluded.

Multifaceted performer Keith Urban and pop singer-songwriter Julia Michaels scored Collaborative Video of the Year with “Coming Home.” The relatable duet off of his tenth studio album, “Graffiti U.” The music video directed by Andy Hines, illustrates Urban’s safe space. Towards the end of the music video, Michaels intertwines her mesmerizing vocals with Urban’s country-pop sound. Urban and Michaels planted themselves under the spotlight to thank the people in their lives who constantly provide them with a sense of “home” wherever they go.

The collaboration accidentally fell into place, as Urban initially called in Michaels to help with certain aspects of the track. However, her electrifying bridge encouraged Urban to take the partnership a step further.

“We creatively met through my good friends Dan McCarroll and Beka Tischker and on the first day (along with Justin Tranter and Ian Kirkpatrick) wrote the song,” the singer told People. “It was from that experience that I asked her to help me finish ‘Coming Home’ as well. She summed up the whole story in one simple phrase. ‘I know it’s only one call away, but it is not the same,’ ” he added.

Kane Brown and Lauren Alaina shared a triumphant win for Collaborative Video Of The Year for their chart-topping hit, “What Ifs.” The two share a rich history together, as they were both members of their middle school choir in Georgia. Following their rapid rise to fame, the two reunited for “What Ifs,” a singalong anthem that lives on Brown’s self-titled debut record. The “One Mississippi” singer penned his breakthrough anthem alongside Jordan Schmidt and Matthew McGinn. During the 2018 CMT Music Awards, the fan-favorite musicians took center stage with beaming smiles to accept the accolade presented by Sugarland’s Jennifer Nettles and Kristian Bush.

“I just got to thank everybody, especially Lauren for jumping on the song with me. Thanks to all our fans that voted, this is the first award that I have ever won,” he announced while sharing a tight hug with his duet partner. “Thank you guys so much. I have known Kane since we were little kids. We were in middle school chorus class together in seventh grade. So, this is kind of crazy,” the powerful female vocalist added.

John Urbano, also had a hand in filming “Cop Car,” “Wasted Time,” and “Somewhere In My Car.” The critically acclaimed director used interpretive dance to bring the love story lyrics to life. Both Urban and Underwood walked away as decorated musicians at the 2017 awards. Underwood’s “Church Bells” received Female Video of the Year and Urban took both Male Video of the Year and Video of the year for “Blue Ain’t Your Color.”