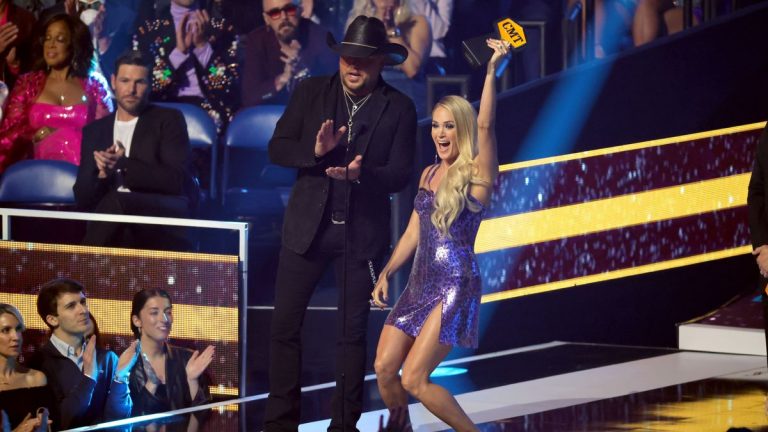 Turns out Jason Aldean and Carrie Underwood are a country music dream team.

Underwood, who with 23 wins is the most honored artist in CMT Music Awards history, can add one more trophy to her mantle. At this year’s telecast, Aldean and Underwood won Collaborative Video of the Year for their hit single, “If I Didn’t Love You.”

The duo beat out other big names in the category like Carly Pearce & Ashley McBryde, Kelsea Ballerini, Kenny Chesney, Brad Paisley, and Florida Georgia Line, among others.

Congrats to @Jason_Aldean and @carrieunderwood on taking home Collaborative Video of the Year for “If I Didn’t Love You” ❤️ #CMTAwards pic.twitter.com/eam1BIJ6t1

When Aldean and Underwood were announced as the winners, the two took to the Municipal Auditorium stage, where Aldean thanked the fans for their “unbelievable” response to the song. He then went onto thank the producers who made this video more than he ever thought it could be, before thanking the fans again, and CMT for playing the video.

Underwood delivered a short acceptance speech, echoing Aldean’s appreciation for the support from their fans and CMT.

This isn’t the only category Underwood is nominated in tonight. The “Ghost Story” singer is also up for the night’s most prestigious honor, Video of the Year.