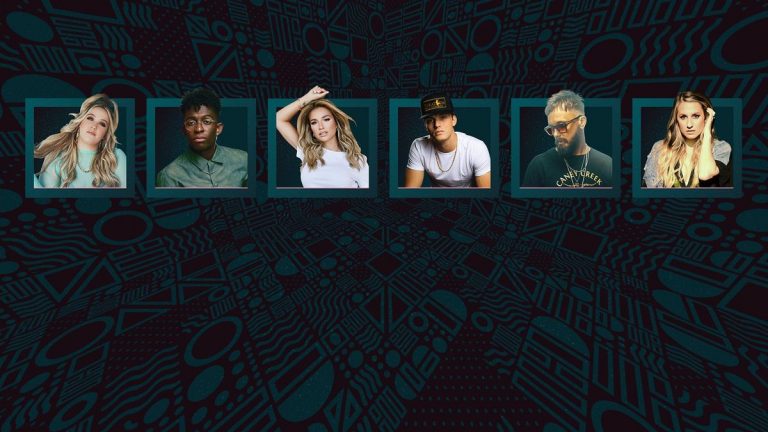 The announcements keep coming for the 2022 CMT MUSIC AWARDS.

Tuesday, CMT revealed the six new acts set to perform on the Ram Trucks Side Stage during the show that will air LIVE from Nashville 8 p.m. April 11 on CBS Television Networks and streaming live and on-demand on Paramount+*.

Traditionally the spotlight reserved for country music’s brightest up and coming stars, this year the Ram Trucks Side Stage will feature:
Priscilla Block – “My Bar”
BRELAND – “Praise The Lord”
Jessie James Decker – “Should Have Known Better”
Parker McCollum – “To Be Loved By You”
Elvie Shane – “My Boy”
Caitlyn Smith – “High”

Block, BRELAND, McCollum, Shane and Smith are included in the “Breakthrough Video of the Year” category alongside fellow first-time nominee Tenille Arts, who performed on last year’s Side Stage and is also nominated for “Female Video of the Year.”

In addition to those already named, other first-time nominees at the 2022 CMT MUSIC AWARDS include H.E.R., Paul Klein of LANY, MacKenzie Porter and Brittney Spencer.

Carrie Underwood remains the winningest artist in CMT history with 23 trophies, and she’ll compete for two more on April 11: her 10th “Video of the Year” win and “Collaborative Video of the Year,” both for her collaboration with Jason Aldean, “If I Didn’t Love You.”

Fan voting is now open at vote.cmt.com and continues until 10 a.m. ET on Monday when the top finalists for the night’s most prestigious award, “Video of the Year,” will be announced.

In addition to its live broadcast on CBS and Paramount+, CMT MUSIC AWARDS EXTENDED CUT will air on CMT with an additional 30 minutes of new performances and bonus content 8 p.m. (ET) Friday, April 15. Further details on the extended cut and CMT MUSIC AWARDS WEEK programming will be announced in the coming weeks.