CMT Premiere: Chris Janson and Eric Church Go ‘Ozark’ Dark on New Video for Duet “You, Me & The River” 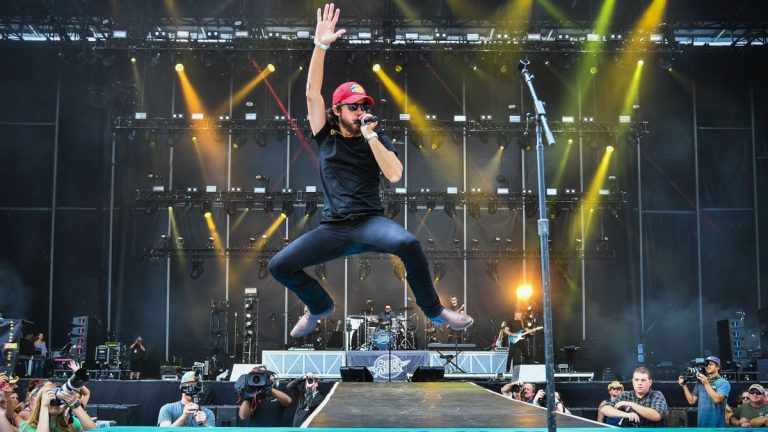 Chris Janson’s new video for his Eric Church collaboration “You, Me & The River” is more akin to a “very serious, very dark” mini-movie than a typical music video. Janson says of the clip that is directed by Reid Long and also features Church.

“It’s a big, big production video and a lot of fun,” Janson says. “It’s like a trailer to a three-hour event.”

“You, Me & The River” is the first song Janson didn’t write that he’s recorded to date. However, Church is the song’s sole writer and personally sent it to Janson. He couldn’t say no.

“Now this is coming from a guy who knows that I write my own songs,” Janson says. “I’m thinking, ’Hmm, is he recording this? Is he asking my opinion? I was like, ’Maybe he’s pitching?’ Who knows?”

Janson received the text about “You, Me & The River” from Church at 3:45 a.m. as he was landing in Montana, and he had to think fast.

“You, Me & The River” is on Janson’s “All In” album that is out now. Janson co-produced the project with Tommy Cecil.

“That friendship has just been amazing,” Janson says of Church.

As much good-ole-boy fun as the pair is having, the song is an old-fashioned country murder ballad that the video brings to life and even includes Janson filling a grave as a hand protrudes from the ground.

“It’s pretty intense,” Janson says of the video. “It’s like the show ’Ozark’ or something like that. It is very, very much in that vein of, ’Whoa.’”

The singer hopes the video leaves fans feeling a bit spooked – in the best possible way.

“At the end of the day, this video was a blast to make – but it was creepy too, and that was fun in a whole new way!” he says. “It was real acting. And Eric Church is a trooper, man. He said, ’Throw a bunch of dirt on my face.’ So I covered my buddy up in dirt on a cold spring night. Like I said… creepy!”